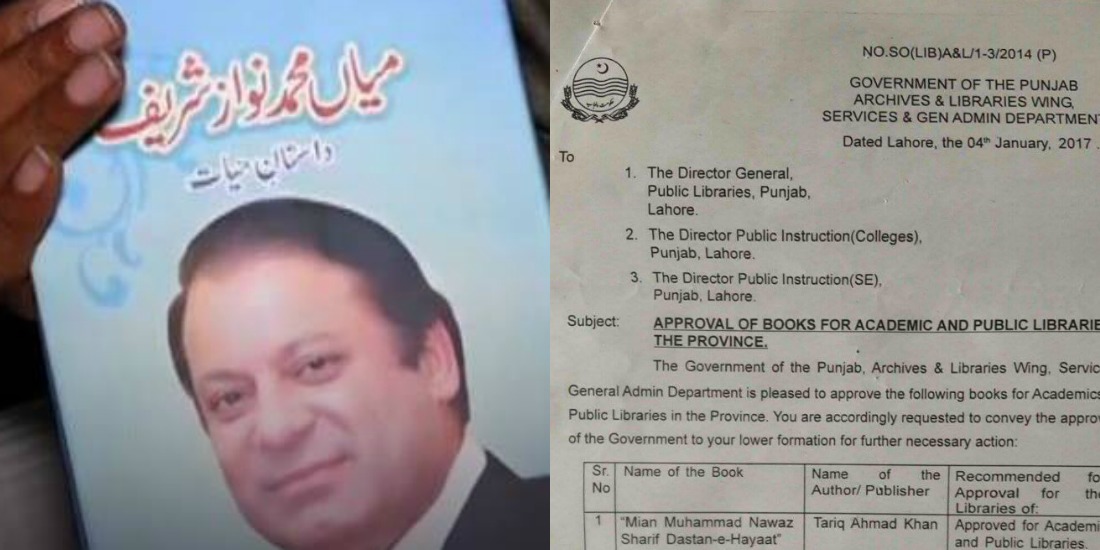 It has been said a number of times before, the Punjab government does what the Punjab government wants. This notion is further backed by the recent notification lodged by the Government of Punjab’s Archives and Libraries Wing, Services and General Administration Department. Nawaz Sharif’s biography ‘Mian Muhammad Nawaz Sharif Dastan-e-Hayat’ has been approved for academic and libraries in the province.

A notification, issued by the concerned department, was lodged on January 4th, 2017, which went largely unnoticed. Allegedly, the notification is real and was passed silently. The subject of the notification read: Approval of Books for Academic and Public Libraries In the Province. The notification only stated one book in what was to be a list, the name of the book was author Tariq Ahmad Khan’s ‘Mian Muhammad Nawaz Sharif Dastan-e-Hayat’ 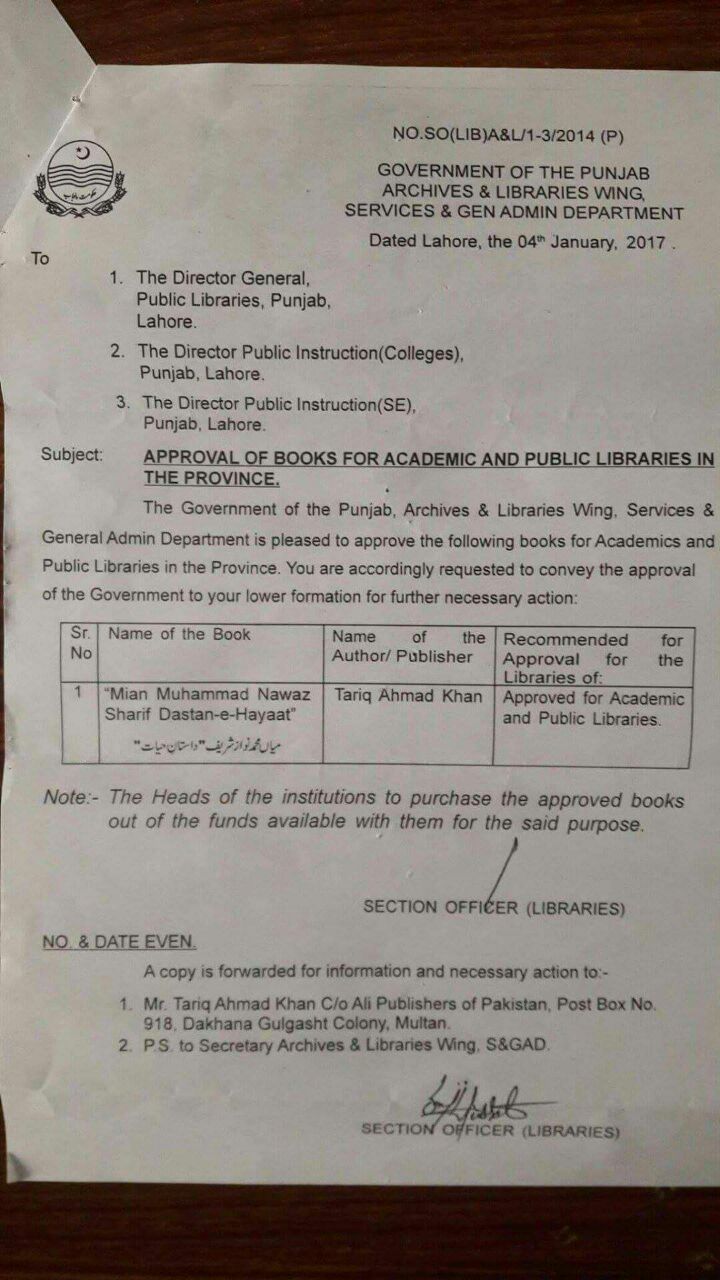 The notification reads: “The Government of the Punjab Archives and Libraries Wing, Services and General Administration Department is pleased to approve the following books for Academic and Public Libraries in the Province. You are accordingly requested to convey the approval of the Government to your lower formation for further necessary action”

Furthermore, the bottom note read: “The Heads of the institutions to purchase the approved books out of the funds available to them for the said purpose”. It is pertinent to mention here that the notification keeps reading “books”, while there is only one book on the list, which is Nawaz Sharif’s biography. As per common sense, it can be clearly judged that the notification has only been lodged to pass this particular book and make it a part of Punjab’s academics.

Even though there are no details of the book on the internet, the title clearly states that it is indeed the Prime Minister’s biography written by Tariq Ahmad Khan. The notification was approved by the Section Officer for Libraries, Government of Punjab. They often say, if you want to be a part of history, make the children of your country read about you. 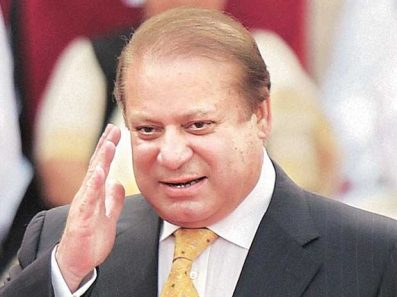 Thus, the students of Punjab will now be reading about the life and political struggles of Mian Muhammad Nawaz Sharif. It is the first time that a Prime Minister in power is having his biography used for academic and library purposes, making it compulsory for schools/colleges to buy the book. Nawaz Sharif is a capable sovereign who has done well for the country in the past 4 years, however, to forcefully have your own book become a part of the academic curriculum might be labeled as a step too far.

How The UK Parliament Roasts Trump & Empathizes With Muslims Is All You Need To See Today
10 Moments In Our Lives That Got Us Saying, “Yeh Bik Gayi Hai Gormint!”
To Top