Mian Muhammad Nawaz Sharif, the ex-Prime Minister of Pakistan, was disgraced in Lahore at the Jamia Naeemia seminary in Garihshahu. The former Prime Minister had come on a visit to the seminary, to gain its support for the upcoming general elections 2018.

Nawaz Sharif had just climbed the stage and was being greeted by the top brass of the seminary, when a student of the seminary hurled his shoe at the ex-PM, which hit him on his chest. The disgraceful act happened in the presence of hundreds of people, who later slandered the man for his act, as the seminary administration later handed him over to the police. 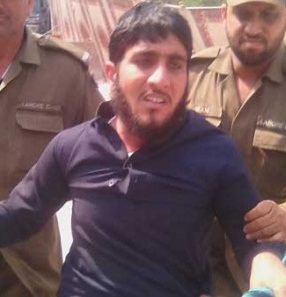 The incident has been denounced by a lot of people, while others are extremely happy at the fact that it happened. Many have claimed that it is a conspiracy against Nawaz Sharif to further defame him and his party. Only the other day, Khwaja Asif, was disgraced at another conference where a man threw ink on his face and torso.

The internet, as always, had something to say:

On the left is the man who hurled a shoe at Nawaz Sharif and on the right who threw ink at Khawaja Asif. This must not be allowed to become the future of Pakistan, otherwise there is none… pic.twitter.com/Zs1Se3h7mC

Highly condemnable ! Shoe hurled at Nawaz Sharif at Jamia Naemia, Lahore. Yesterday Kh Asif, earlier Ahsan Iqbal. What is this pattern going on ? Who are doing it ? Don’t lead the already morally-fragile nation to a new low ! We need to learn : disagree not disrespect !

Yesterday Ink on Kh Asif, today shoe at Nawaz Sharif…horrible, disgusting, unforgivable. This madness must stop. Must stop at once

I wonder if Nawaz Sharif was thinking, while rubbing his ear after being hit by the shoe, about those poor pregnant women who were shot on faces in model town.

Ink attack on Khawaja Asif and shoe attack on Nawaz Sharif. It is getting dirtier and desperate by the day. Now no one will be safe. This is the new ploy. Very very sad.

Reprots, the guy who hurled Shoes at Nawaz Sharif has been killed , please if anyone can confirm this either it’s rumour or fake news? pic.twitter.com/XfdLMqBKiq

WE LOVE YOU NAWAZ SHARIF pic.twitter.com/SBvKUUpo7a

On a serious note, to disgrace the ex-Prime Minister of your country like this, can never be a good omen. If this is going to be the future of Pakistan where leaders are attacked and embarrassed all over the world, we will soon go back the country we were 10 years ago.

Careem Customer In Karachi Thrashed The Cab’s Screen And Window After Heated Argument With Captain!
Fawad Rana Reacts to Hilarious Memes on Him and It Is The Cutest Thing Ever!
To Top