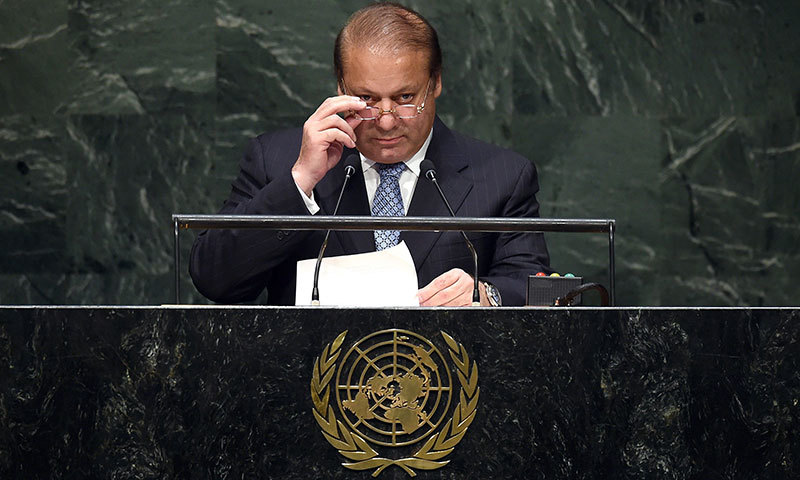 NEW YORK: Pakistan Prime Minister Nawaz Sharif said Pakistan wants peace with India and has already went extra miles to doing so, though India instead has put unreasonable conditions, which doesn’t allow the two countries to move forward. He further stated that peace cannot be achieved without resolution of Kashmir issue. He said that a new generation of Kashmiri youth has come forward demanding freedom.

“On behalf of Pakistani nation I demand independent inquiry of the extra judicial killings.” He said. “Burhan Wani has emerged as a symbol of latest Kashmiri Infitada.” 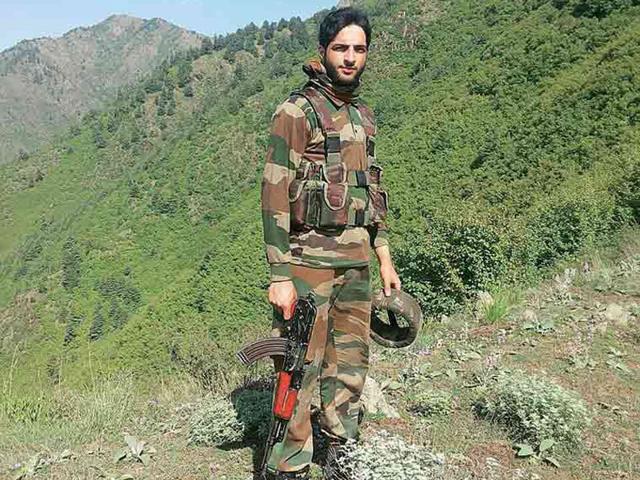 He further stated that the uprising has been met with Indian brutality against the Kashmiris and promised to share a Dossier with the Secretary General UN proving the brutality and oppression of Indian forces in Kashmir.

Pakistan supports Kashmiri demand of self-determination and regards their struggle for freedom as legitimate one, said the Pakistani premiere. Pakistan is not engaged in arms race with India but cannot ignore our neighbour’s unprecedented arms build-up and needs to build sufficient deterrence.

In the comprehensive speech, he also stated Palestine issue should be resolved. Talking about Afghan refugees in Pakistan, he said that there should be a return of refugees and international community should aid that. Addressing the issue of terror, the premiere said that terrorism is a global phenomenon. He also said stated about the national resolve for peace and said Pakistan as nation is working together against Terrorism under the National Action Plan.

His Kashmir discussion comes after India has crossed all limits of brutality in Kashmir and India has killed and blinded hundreds of Kashmiri youth including women; not even kids have been spared by the Indian aggression.

Pakistanis took to Twitter and had mixed reaction to this speech. Many were seen appreciating the Pakistani Prime Minister’s speech.

The indigenous uprising of Kashmiris have been met with brutal repression of Indian forces: PM Nawaz
#NawazFightsForKashmir pic.twitter.com/u0U0JpmlzE

Nawaz Sharif has done an amazing speech! It promoted peace but was aggressive too! Had my fingers crossed! ? #NawazFightsForKashmir

The Indians, obviously, hated it

China has already said that it supports Pakistan in its Kashmir stance and this welcome speech by the PM will surely raise international eyes towards brutality in occupied Kashmir.