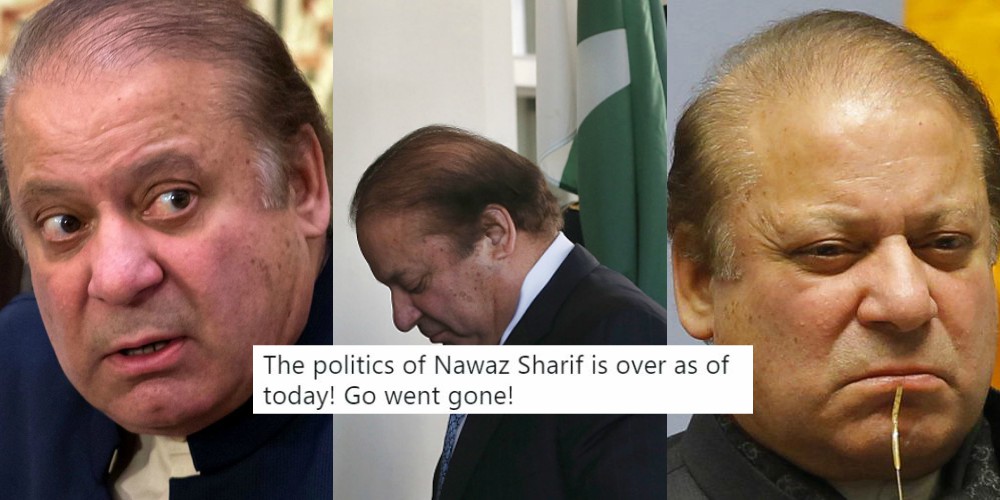 Mian Nawaz Sharif, former Prime Minister of Pakistan who got disqualified by JIT several months ago over corruption charges. Nawaz Sharif was removed as Prime Minister after serving a trial for months. The opposition side won the case the PML-N sovereign had to see the back door. 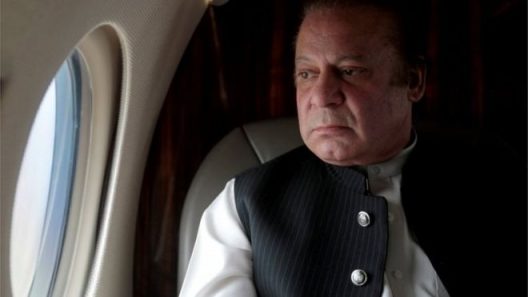 Now there’s developing news about the former PM being disqualified again. The party and other leaders tried to pull back and come stronger against the case, lodging appeals again and again. The respective leaders of PML-N would always be found condemning the decision by Supreme Court and would speak in favor of Nawaz Sharif. Meanwhile, the opposition would full-fledge campaign against the party and its leaders and stay resolute in their stance.

Nawaz Sharif and Jehangir Tareen just got disqualified for life!

Social media is into a meltdown. Pakistanis are elated. PML-N supporters and leaders are crying. Twitter is crazy and must not be missed as we speak.

Here are the best reactions of people as Mr. Sharif and Jehangir Tareen get disqualified for life…

The politics of Nawaz Sharif is over as of today! Go went gone!

Hopefully Nawaz Sharif has not forgotten the patli pin wala charger at the Prime Minister House because he is never ever going back there.

Shouldn’t make fun of harassment as an issue, seriously though

Nawaz Sharif and Jehangir Tareen disqualified for life asking nudes to 17 year old girls on twitter. One of them loved eating murgh cholay in the breakfast too.

So, here is how our day has climaxed so far. “Mujhe kyun nikala” is all funny once again.

Iqrar-ul-Hassan Just Confidently Confirmed All Wild Rumors of His Second Marriage to Fara Yousuf
Aisha Khan and Husband Dancing to “Despacito” at Their Mehndi Is the Coolest Thing Ever!
To Top