Since the last two days, Nawaz Sharif’s health has become a topic of huge debate in Pakistan. The Ex-Prime Minister is currently in NAB custody.

Ever since the Pakistan Tehreek-i-Insaaf has come in power, there has been a huge crackdown against other political parties. The two reigning Moguls of Pakistani politics, the PPP and PML-N have been ousted.

Since the government has taken over, both Nawaz Sharif and Asif Ali Zardari have been in jail, for embezzlement and corruption. The biggest issue the PTI faces as a consequence is Nawaz Sharif’s health.

Nawaz Sharif has been in jail since things went downhill for him after Panama Leaks. Since yesterday, there had been constant rumors of Nawaz Sharif’s health deteriorating, to the extent that he had expired. 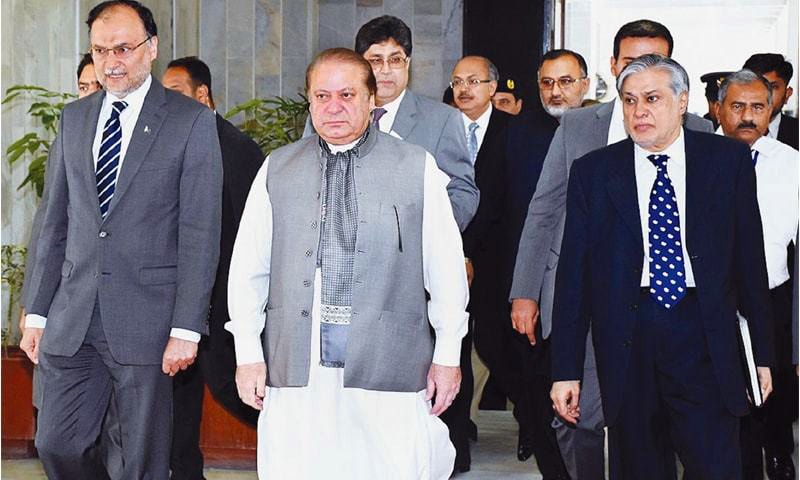 However, the good news for PML-N supporters and lovers of their Chieftain is that he is out of danger. As Ahsan Iqbal confirmed, Nawaz Sharif’s health was now stable.

Moreover, during Sharif’s medical examination, a very low percentage of platelets in his blood came out. This was happening while Sharif was under NAB supervision.

“The government is deliberately denying him medical care and trying to harm his health,” said Ahsan Iqbal in a press conference.

Currently, Nawaz Sharif is admitted to the Lahore Services Hospital where he is under supervision. Nawaz Sharif’s health has become a huge debacle for PML-N. Sharif’s brother Shahbaz had visited the hospital and said Nawaz’s condition deteriorated due to NAB negligence.

Ahsan Iqbal, on the other hand, has made it clear that if anything happened to Sharif, Imran Khan the Prime Minister would be responsible.

PML-N is also targeting the current physician that is dealing with Nawaz Sharif’s health. They suggest that the low blood count is due to a thinner given to the former Prime Minister.

Furthermore, Hussain Nawaz, Nawaz Sharif’s son, has been saying that the government is trying to ‘poison’ his father. Nawaz Sharif’s health deteriorating serves as a huge reason for protest for the PML-N with October 27 just around the corner.

Nawaz Sharif has been jailed since his conviction in the Al-Azizia case. He was shifted from Kot Lakhpat jail to NAB’s Lahore Office as a summon for the Chaudhry Sugar Mills case.