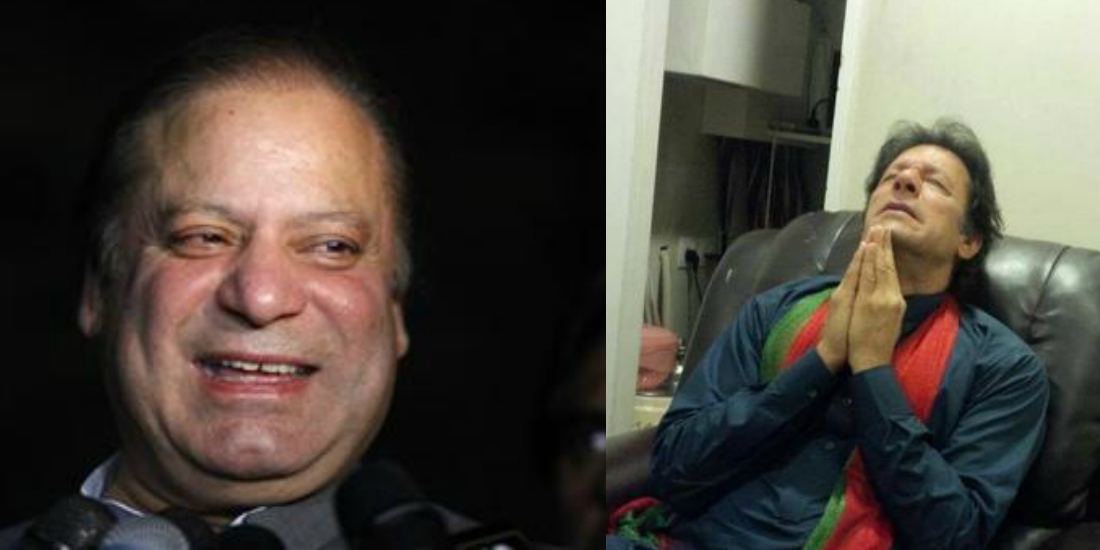 Former PM of Pakistan, Nawaz Sharif is ready to hit GT road for his rally. It is said that his container took 3 days to be prepared and comprises of all the luxuries in a ‘container’ one could think of and it is also bullet-proof. And, we’re not even kidding! Seem like Nawaz Sharif was pretty much inspired by the container that was designed for the leaders of Pakistan Tehreek-e-Insaaf (PTI) and Pakistan Awami Tehreek (PAT).

Jumping on the bandwagon, Nawaz Sharif now joins the ranks of the leaderships of Pakistan Tehreek-e-Insaf (PTI) and Pakistan Awami Tehreek (PAT), who have had to face severe criticism in the past for using bomb proof, luxury containers during their rallies. The video below shows that Nawaz Sharif’s container has a split AC installed with a full-size bathroom and seems pretty spacious too!

Remember when Imran Khan was found on his container the whole time during his rally? Some even claimed that they are still searching for the leader who apparently, promised them a ‘Naya Pakistan’.  Oops! If you missed out on the details of Imran Khan’s container, here’s how it was:

Shashkayyyy!!! Imran Khan’s luxurious container included two brand new air conditioners so that Imran Khan and his party members have the best time of their lives.  Also, the container had a closet fitted in it along with comfortable sofa sets and extra chairs for them to relax on as the rally progressed.

Not only that, but a full-size fridge was also seen and was said to be stocked with cold drinks and refreshments along with a sound system for Imran Khan and his party members.

Well, it seems as if these political personalities have their focus merely on the luxuries they get in their containers when it comes to rallies, by looking at both the videos. Nevertheless, at least they have their focus on ‘some’ thing. Now the question is – whose container wins the ‘Shashka’ Award?

‘There Are No Capsules’: These Women Entered My House And Robbed Us
Ahmad Shahzad Posted a Literally Sweating Post-Workout Picture and the Internet Couldn’t Take it!
To Top