What seemed like a never-ending charade of yes and maybe, has finally ended. The Ex-Prime Minister of Pakistan, Mian Muhammad Nawaz Sharif, has agreed to get treated abroad.

The government has confirmed that Nawaz Sharif’s name will be removed from the Exit Control List (ECL) in the next 48 hours. The step comes as a result of Shahbaz Sharif’s efforts of taking his brother abroad for treatment.

After Sharif’s health had deteriorated, the PML-N Chieftain will be going to London for treatment. Both government and private doctors had advised him to do so. However, the recent emphasis on his health was laid by his daughter Maryam Nawaz. 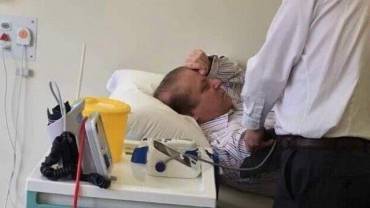 Nawaz Sharif was constantly being persuaded to get treated in the country of his choice by all parties involved. It is being said that Nawaz’s condition still isn’t stable and the ex-premier needs timely treatment.

As reported by one of Pakistan’s leading newspapers, a source close to the family informed of Nawaz’s acceptance to treatment abroad.

“Nawaz Sharif has finally agreed to go to London after the doctors told him categorically that they had already exhausted all options of treatment available in Pakistan and going abroad is the only option left,” said a source from the Sharif family.

Moreover, Nawaz Sharif’s likely destination of medical treatment would be the Harley Street Clinic in London. This is the same hospital that had treated Nawaz in the past, along with his wife Begum Kulsoom Nawaz.

Moreover, it is also being aired that the PTI government will soon remove Nawaz Sharif’s name from the Exit Control List (ECL). Nawaz had been put on ECL in the Chaudhry Sugar Mills and the Al-Azizia cases, respectively. Younger brother Shahbaz Sharif will be accompanying Nawaz for his medical procedures.

Previously, Sharif had exalted and agitated when the topic of treatment abroad came up. Sharif said he would suffer in silence in the jails and hospitals of Pakistan. However, on immense persuasion by family and doctors, Nawaz has finally seen the light. 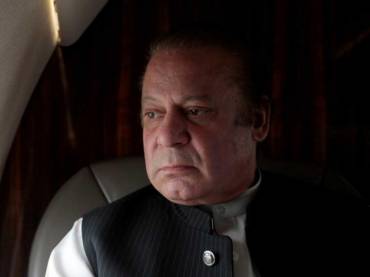 In addition, Nawaz’s daughter Maryam will not be accompanying him to London, as she has her passport surrendered to the Lahore High Court (LHC). Maryam had given her passport as a surety bond in the Chaudhry Sugar Mills case against her bail.

“At the moment Nawaz Sharif’s health matters more as he is fighting for his life. Maryam Nawaz may explore the option of going to London to look after her father later,” added the source.

Deal or no deal?

Many theorists on social media have been claiming that the three-time PM has successfully made a deal with the government. The PML-N leader is being allowed to go abroad as a prize for not supporting JUI-F’s Azadi March.

This is the first time that the government is actually acknowledging the idea of letting Nawaz Sharif go abroad.

The last month has been very tough on Nawaz Sharif’s health. The Ex-Prime Minister’s blood platelet count had dropped down to 2000, which became a subject of controversy. The Supreme Court had informed the government they would not be responsible had anything happened to Nawaz Sharif.