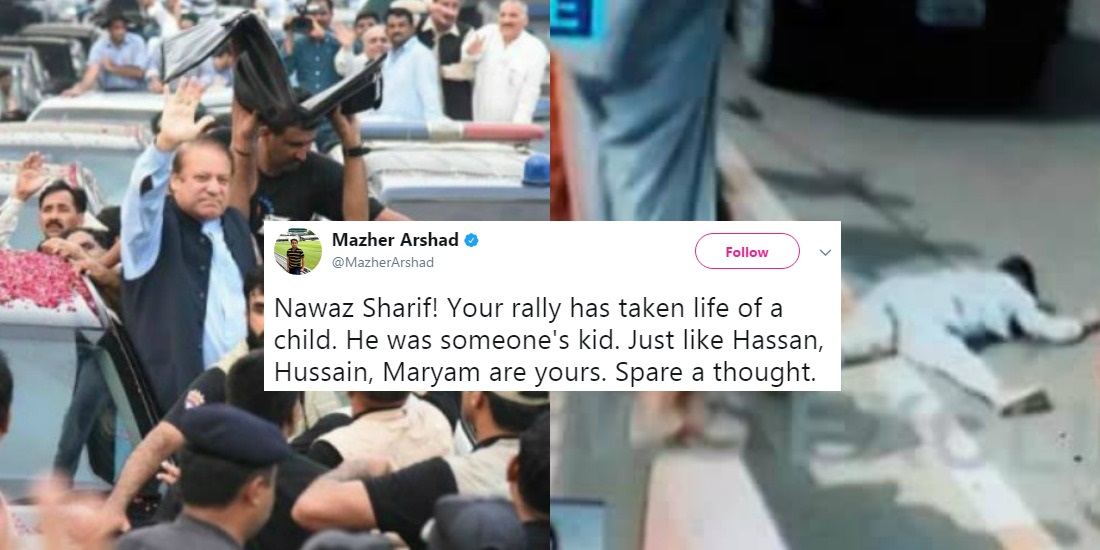 The former Prime Minister of Pakistan, Mian Muhammad Nawaz Sharif, currently on his Tour de Punjab is showcasing what he calls the rejection of the Supreme Court’s decision by the people of Pakistan. He claims these are the people who put him in power and they are not happy about his disqualification.

Nawaz Sharif’s motorcade, which has been on the road since the past few days, has met with a tragic accident. A 9-year-old child lost his precious life near Lalamusa when the ex-prime minister’s motorcade crushed him to death. 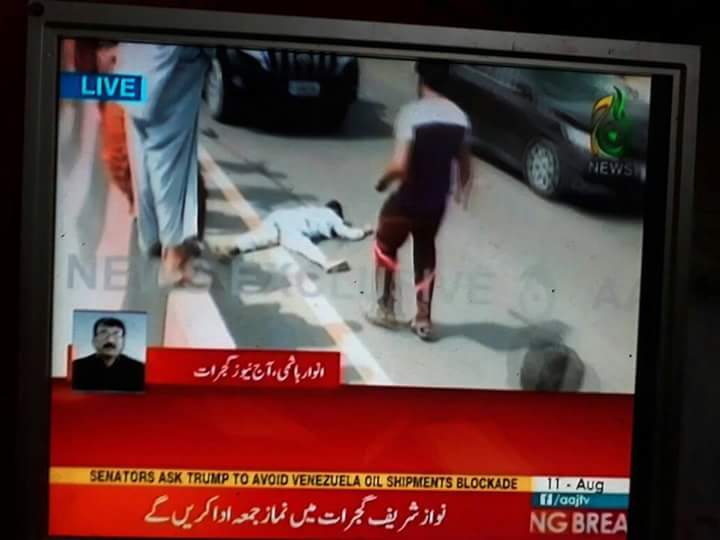 The incident has not come at a good time for Mian Muhammad Nawaz Sharif who wanted to gain public sympathy with his homecoming rally. The parents of the child who themselves were staunch PMLN supporters are now demanding justice for their child. The child’s father is said to have suffered a heart-attack at the death of his son, while the mother herself has lost all senses.

The car which hit the 9-year-old child belonged to the Elite Force before other cars rallied over him. Tragically, the PMLN leaders have started point scoring over the child’s death, labeling him as the rally’s first ‘democratic martyr’, which is quite a shame. A nine-year-old child has nothing to do with politics or democracy, and it would be a shame if the PMLN does not change its rhetoric and accepts its mistake.

A 9 year old kid crushed by Nawaz Sharifs motorcade, the rally & celebrations continue as if nothing happened. Bunch of insensitive morons.

The driver of squad in Mian Sahib's rally killed a child at Lalamusa. Neither Criminal driver nor ambulance stopped. Driver must be caught.

Extremely sad incident of death of a child being reported. Local leadership has been asked to reach out to & assist the family without delay

Which law allows FRAUDSTER NAWAZ to block roads and kill innocent people. Supreme should put a ban on him immediately.#ArrestQatilSharif

Shahbaz Shareef’s Wife Tehmina Durrani Doesn’t Agree with Nawaz Sharif in Her Tweets!
This Colorful Rendition of “Khayal Rakhna” by Strepsils Stereo has Won Us Over!
To Top