The current has been total chaos regarding Pakistan’s politically corrupt alliances. Time to time developments in the corruption cases which has deprived the country of its economic roots has somehow managed to cool down the heated scenarios among the nation. The Pakistan Tehreek e Insaf (PTI) government is making sure that every culprit accountable of looting the country moves towards their final punishment.

Major arrests of Pakistani politicians in 2019!

Back when former disqualified Prime Minister of Pakistan Nawaz Sharif was arrested on corruption charges, it served Pakistanis as a sigh of relief. Later, other major developments were also made as Pakistan People’s Party Co-Chairman Asif Ali Zardari was also handcuffed by the National Accountability Bureau (NAB) along with his sister Faryal Talpur. 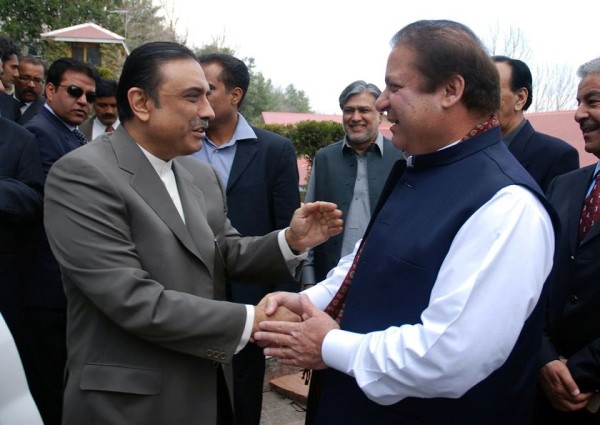 Also read: These ‘Leaked Clips’ From Asif Zardari’s Interview To Hamid Mir Suggest Why The Interview Was Stopped!

This was indeed an unexpected revelation for Pakistanis but more of a shock for Nasir Abdullah Lotha himself. According to Kamran Khan’s reports, Asif Ali Zardari and Nawaz Sharif used to call Lotha their ‘brother’ and later betrayed him for their illegal encounters. The famous Dubai Islamic Bank in Pakistan was also founded by Nasir Lotha’s family and a house in Defence Housing Authority (DHA), Karachi is also under Lotha’s name.

Zardari and Nawaz betrayed Lotha for their illegal activities!

Further, it is also believed that Nasir Abdullah Lotha has a soft corner for Pakistan and his often trips to the country make it even more clear. Back in 2009, when Zardari was holding the President house, he introduced Abdul Ghani Majeed to Nasir Lotha asking for help as Majeed was founding the Summit Bank which is now widely popular for laundering money and other such cases.

Later, Nawaz Sharif also used Nasir Abdullah Lotha for laundering their illegally acquired money so that no traces can be found. It was the same case in which Nawaz Sharif’ s daughter recently got arrested by NAB. All of these facts were presented by Nasir Adbullah Lotha himself in front of NAB after getting aware of the chaos he is captured in.

The statements made by the UAE businessman is a major help in keeping these filthy politicians behind bars and even for the final verdict.

NFAK’s Death Anniversary Floods Twitter With Tweets Of Admiration
India Just Gave An Indirect Nuclear Threat To Pakistan And Pakistanis Are Ready For It!
To Top