Nasir Khan Jan called out Pakistani Youtubers on Twitter because they seem to be quiet regarding the Indian government’s decision on revoking Kashmir’s special status.

Nasir Khan Jan is a social media star who rose to fame for his comedic videos on Facebook. Despite many of his videos being ironic, he has been the center for hateful comments from the entire nation. To the point that even T.V show hosts bullied him during an interview. Even if people don’t appreciate the presence of a person online, it is no way justified to subject them to a negative experience. Nevertheless, Nasir is gaining optimistic feedback especially for his political posts on Twitter. This time he called out the Pakistani Youtubers for not touching the topic of Kashmir. 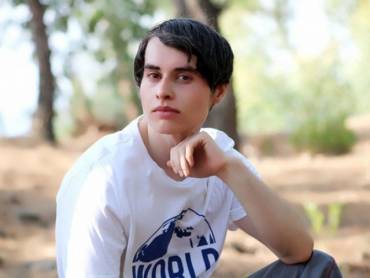 Currently, the region of Kashmir is witnessing a devastating crisis where the Indian army is treating the citizens with violence. The status of the region had been unfairly revoked without the citizens consent. And even now they are suffering from the cruel fate of a selfish government. The situation is escalating quickly so even Pakistan is now encouraging a tough war against India.

In a way, Pakistani Youtubers tend to have heaps of Indian followers as well. so the fact that they didn’t address the issue mentions that they don’t want to lose their subscribers. And that is a shameful thing to even consider. Following by his main tweet, Nasir also said that he isn’t criticizing the Youtubers but addressing that once you have a platform then your voice matters. He believes that people are becoming less empathetic. As a conclusion, he mentions a “Sorry” towards anyone that could have found his thoughts offensive.

Among the Youtubers that he called out, Shahveer Jafry did tweet regarding Kashmir by saying, ‘Zulm ki inteha hoti hai. Let Kashmir Breathe!” however, it would always be better to talk about such issues within a video because it raises better awareness and spreads wide.

Many are seen supporting Nasir’s approach and admitting that these celebrities are barely using their platform for any good. The frustrating part of it all is that the Ducky Bhai and Shaam Idrees drama resulted in the Youtubers making multiple videos over each other.  But when it came to actually using the platform and their voice for good, then everyone remains silent. That is the hypocritical behavior that Nasir is trying to call out as well.

What do you think of the situation? Do you know of any Youtuber that called out India’s cruel nature towards Kashmir? Do you support the way Nasir Khan Jan shared on Twitter against the silence of people with considerable platforms? Share your thoughts.

PM Imran Khan’s Sister Aleema Khan Was Seen Receiving VVIP Protocol at the Airport and That Is Some Tabdeeli!
Mehwish Hayat Schools Filmmakers In an Interview With Sky News
To Top