The arrest of famous Pakistani vblogger took the internet by storm. While people claim not be such followers of the newest Pakistani internet sensation, they always keep their tabs on him. Recently, Nasir Khan Jan released his version of  Chainsmoker’s super-hit song, Closer.

The song went viral on social media and instantly got a lot of shares and views on Khan’s official YouTube channel. As absurd as the cover was, people were still sharing it here and there, just to ‘mock’ it. In case you haven’t heard Nasir Khan Jan’s Closer, you can listen to it here. 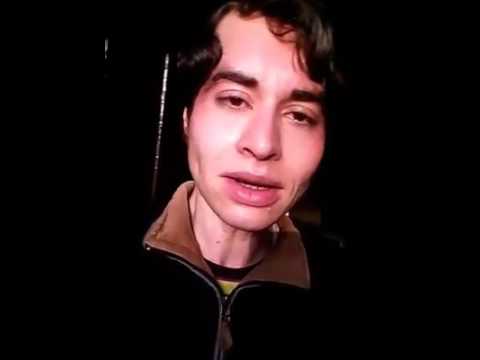 In few days span, Khan was arrested by KPK police for reasons unknown. A lot of people started speculating that he was arrested due to obscenity. Even this girl named Khadija Abbas made an extremely valid point while talking about Khan’s arrest.

“Just read a news regarding Nasir Khan Jan being arrested as per a complaint against him for spreading ‘obscenity’.
I’ve said it before and I’ll say it again ‘When you give guns in the hands of kids and Internet access to morons, then expect no sanity’. I never really watched his videos because firstly that’s not my kind of humour to laugh at zero content but just the gimmick where a person is shedding every fibre of his skin to merely ‘entertain’ a bunch of tasteless idiots, quite similar to a poor animal chained in circus to garner few claps from insensitive public.

Reportedly, The Guy Who Filed A Report Against Khan Is Reportedly Transphobic

I fail to understand that when our standards stooped so low to laugh at someone’s self-humiliation? The person who complained about him was a transphobic who couldn’t deal with Khan’s increasing popularity. Well why am I so shocked. I belong to the very same cultural doom where UMMRAH is banned for transgenders. A visit to the house of Allah is not allowed to them, by NOT Allah but His self-proclaimed guardians!
The reaction I saw on his videos and then his arrest is somewhat shocking, yet again. ”Tu truck k neechay aa k mar ja’, ‘Kill him before he lays eggs’, ‘feel like puking looking at your face’, ‘acha hua arrest hogaya warna meray haathon marta”.. Tch tch.. Have I read all this before..? Why is it giving me a severe nostalgia.. a deja vu? YES. You got it right. QANDEEL BALOCH.

🙂
Every time we laughed at her, abused her, cursed her, we were playing our part towards her tragic end. Like an infant provided with weapons wouldn’t know if it’s a toy or not, we dealt with her situation the same way. We forgot the impact of our each word. We became murderers. And I see nothing different happening in Khan’s matter. Who is he? A terrorist? A rapist? A molestor? A corrupt politician living off orphans and widows schemes?? NO. Why don’t I see such strong reactions against real culprits but these people who are YES stupid, but harmless. You all could’ve unfollowed Qandeel if she was such a threat to your Imaan and purity but NO!

You all chose to follow & subscribe to her on every platform. You could’ve done the same for Nasir Khan Jan. But naah!! Pakistan k saray maslay khatam hochukay hein na jesay bhook, rape, terrorism, corruption, illiteracy tou ab iss aham maslay pe ghaur karna lazmi hai. I read in Chemistry that matter can neither be created nor destroyed, it changes from one form to another. The same goes for our words, you may say them and forget.. but they linger in the Universe, either causing comfort or massive destruction! Don’t be a reason of someone’s downfall.” 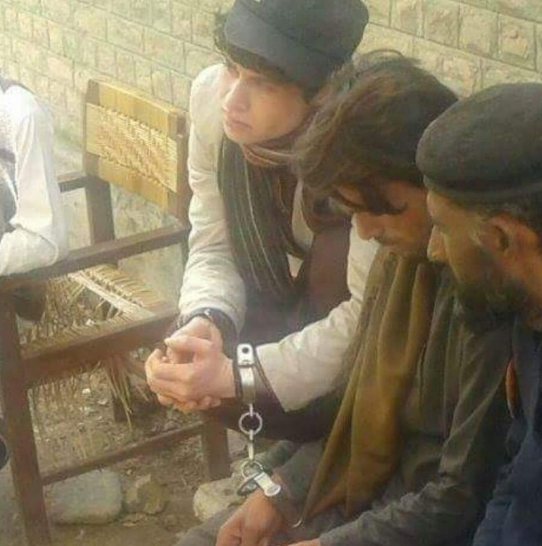 Coming out of everything, Khan just tweeted on how he had no idea on why the police arrested him.

Police Arrested me for no reason wtf

Why you not arrest criminals?

In a live video, Khan addressed the arrest and said he was arrested because police believes he does not have any right to make such videos on social media. In answering this, Khan said how every social media user has their right to speak on whatever they want. Also, he broke into tears while talking about how he was arrested on absurd allegations.

Well, the guy seems harmless. Maybe the police needs to spare him and focus somewhere else.

This Guy Used To Host “Swinger Parties” In Pakistan In 1980s And This Is What He Reveals!
These 3 Pakistani Cricketers Are Held By PCB for Match Fixing And Fans Are Not Liking It!
To Top