It won’t be wrong to say that the current year, till now, has completely been against India in terms of reputation. From losing several vintage fighter jets to Pakistan to both nuclear-armed countries coming on the verge of war, the Indian government only knows the ploy. Well, in another episode of ‘Prime Ministers facing the floor’, Narendra Modi stumbled on Ganga Ghat’s steps earlier today.

Apparently, after seeing the Indian PM embarrassing his country on several international platforms, the ‘fall’ isn’t new. However, back in October, Narendra Modi’s ‘plogging’ became the center of online trolling and the reactions were downright hilarious. Earlier today, PM Narendra Modi embarrassed India yet again after he stumbled and fell on Ganga Ghat’s steps during Kanpur visit.

Check out the ‘falling’ video of PM Narendra Modi!

PM #Modi falls down the stairs in at Atal ghat in U.P's Kanpur.

He fell down on the stairs of #AtalGhat after he returned to the shore after taking a boat ride scheduled to inspect the cleanliness of the river #Ganga under the #NamamiGange Project. pic.twitter.com/UjvqVn6DYi

Hopefully, some ghost from Pakistan hadn’t push Narendra Modi or maybe the blame game is about to start? Anyways, the unfortunate incident took place during PM Modi’s review tour of Namami Gange project in Kanpur, Uttar Pradesh. While stepping up on the staircase of Ganga Ghat, Narendra Modi slipped on his way and was then picked by security officials along with him.

Till now, the video has drawn massive attention on the internet carrying mixed reactions including ‘concerned’ ones as well. According to Indian media reports, on Saturday, PM Narendra Modi landed in Kanpur city to check through the Namami Gange cleaning project. Later, the Indian PM chaired the first meeting of the National Ganga Council and review the progress of the project. 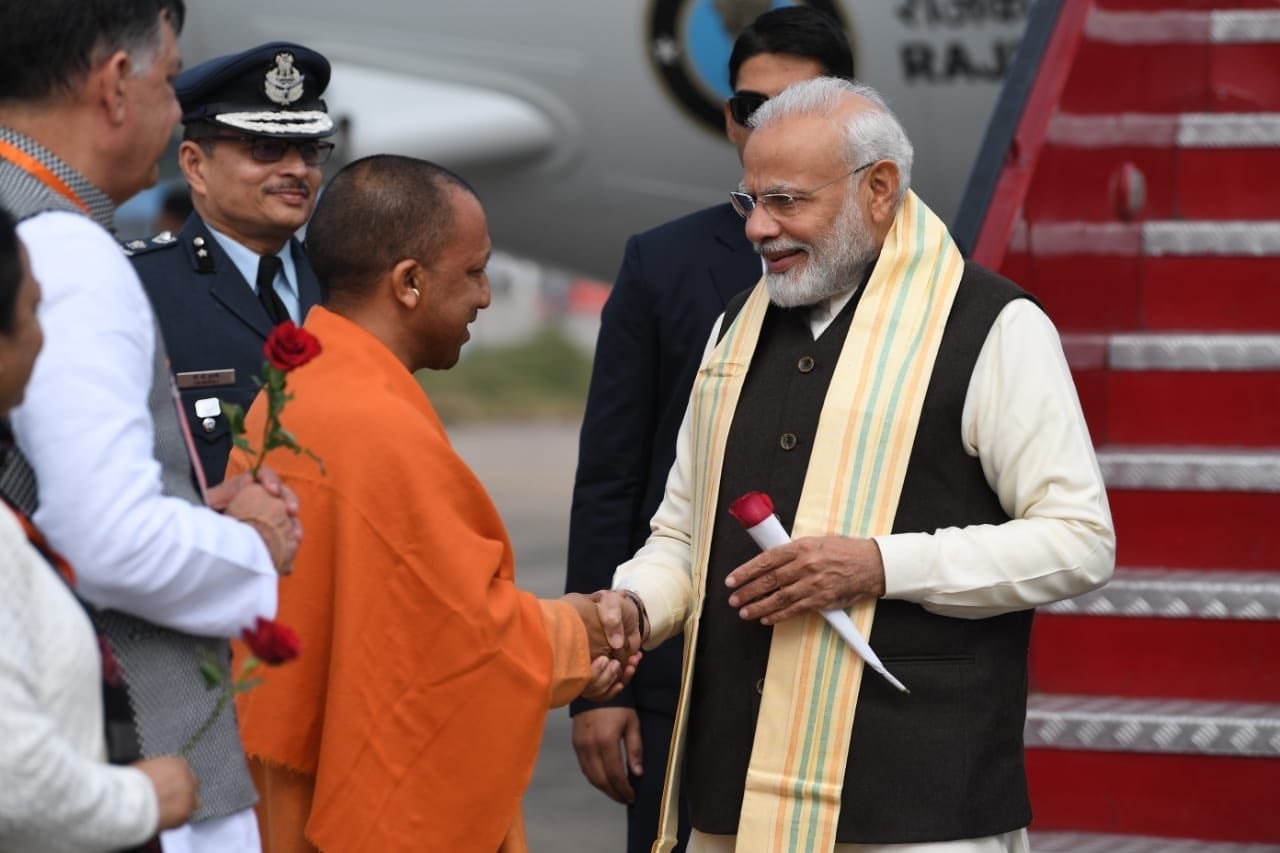 Before the visit, the Indian PM Office issued an official press release regarding the Namami Gange stance. Quoted by the PM office on Friday, the notification read, “The PM [Narendra Modi] will chair the first meeting of National Rejuvenation, Protection and Management of River Ganga Council (National Ganga Council) in Kanpur”.

“PM Narendra Modi will review the progress of work done and aspects of cleaning the Ganga!”

“He [Narendra Modi] will review the progress of work done and deliberate on aspects of cleaning the Ganga”, it further stated. Moreover, a senior official of the PM Office revealed the scheduled meetings and interactions Narendra Modi will be doing on his arrival. He said, “PM Modi will hold the Ganga Council meeting with Union ministers, chief ministers of UP, Uttarakhand and Bihar and secretaries of various central departments”.

“Chief Ministers of two Gangetic states, West Bengal and Jharkhand may not attend the meeting”, it was maintained. Further, the Prime Minister will also visit Atal Ghat on a steamer through the river which is supposed to be the tour end. Well, it was uncertain, but, such embarrassing moments from India just keep pouring in and making the internet a better place.

Chief Justice Khosa Condemns Lawyers’ Attack On PIC Hospital
10 Hidden Secrets Of Drama Ehd-e-Wafa You Did Not Know!
To Top