Naqeebullah is 115-year-old now, he has seen a whole century of change in the geopolitics of the region. Not only did he witness the events, but he has also taken an active part in keeping the borders unaltered. This unsung hero of the 1947 war between India and Pakistan, secured the freedom of his motherland along with his fellow Gilgit scouts. 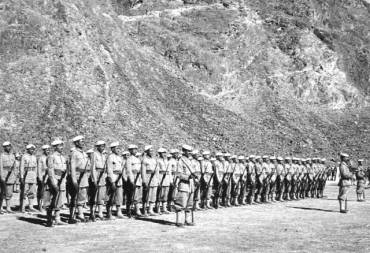 The People of Gilgit-Baltistan won the war against the Dogra Raj in 1947 with the help of the Gilgit scouts. Gilgit Baltistan scouts or Gilgit scouts are part of regular Army now. They were raised in ranks after their show of bravery in the Kargil war.

Read about another hero from Gilgit Baltistan: A Teacher From Gilgit Makes It To Top 10 Global Teacher Prize 2017 And Prince Harry Congratulates Them All!

Gilgit scouts made sure to keep the freedom of Gilgit Baltistan intact, and prevented the Dogra rulers of Jammu and Kashmir to give off their land to the Indian State. Naqeebullah is one of those brave young men who acted as a front line in the war. And they defeated a stronger enemy with their will power and courage.

Naqeebullah the hero that torched down the Partab Bridge:

Naqeebullah was one of the people who torched down the Partab Pull, putting a final full stop at the enemy’s advance. He also owns a certificate of valor, presented to him by the Tiger Force Commander Lt-Col Mirza Hassan Khan. The certificate reads,  “He burnt the Pratab Bridge when the situation became untenable to our troops.” it further says, “He was brave and among my picked men ever ready to be thrown into any pitched battle.” 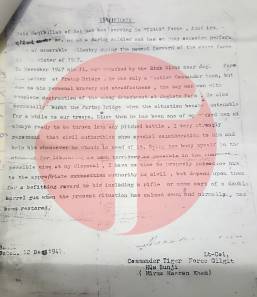 Though his body has aged, the brave soldier in him is still young. And as his officer in the scouts said, he is ever ready for a battle. He offers prayers and fasts for the whole month of Ramadan. He is so fit physically that he still works in his fields. This 115-year-old man walks three to four kilometers every day.

You may like to read about: Brace Yourself For The First Ever Upcoming Gilgit-Baltistan Festival Naqeebullah was invited to meet the former President Mamnoon Hussain, as an acknowledgment to his bravery. The government promised to give him some incentives to make the old age easier for him. But did not keep the promises, he wasn’t even given the piece of land he was promised. Gilgit Baltistan celebrated independence every year with the war heroes. Because these are the people who made sure Gilgit Baltistan wasn’t offered to India on a silver platter like the princely state of Kashmir. Soldiers like Naqeebullah are people to be treasured. Naqeebullah Sahab’s name should surely be in the best war heroes of Pakistan!

What are your thoughts about him? Did you too felt a sense of pride reading about this unsung hero? Share with us in the comments.