Amoebas are small organisms that are usually single-celled. They seem harmless enough because of their non-existent nature. However, every specie in this world can turn deadly for its own good and this includes humans as well. A type of amoeba known as the Naegleria Fowleri is taking the world by storm because of its unforgivable nature. It appears that barely anyone that experiences the illness provided by the amoeba is able to withstand it.

Not all of the amoeba species remain as a threat to humanity. Mostly, the Naegleria Fowleri and its subtypes prove themselves as a handful.  Talking about the dangers it possesses is easy, but not many are informed about the basics of this brain-eating monster. Hence, it is better to educate yourself regarding the recent threat in Pakistan and the entire world. 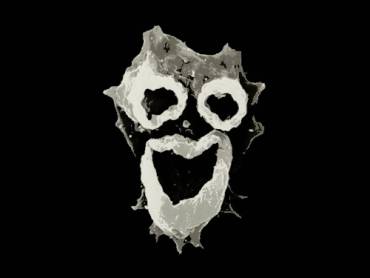 The reassuring part of it all is that you can barely get infected by this amoeba because of the rare possibility that surrounds it. However, that doesn’t eliminate the fact that it certainly exists. This can be seen through the death of the infamous Naat Khawan Zulfiqar Ali Hussaini. He passed away while battling from the Naegleria infection. Hence, despite the fact that it is rare does not mean that it becomes a ‘myth’. There are multiple other such cases regarding the damage that this infection can do. But not many capture the media’s light. Most of Karachi’s population lives in slums or villages where swimming and bathing in contaminated waters is common. So, Pakistan does remain exposed and vulnerable to this amoeba despite the heavy warnings.

The Amoeba Enters Through The Nose:

The compelling and advisory part of it all is the method through which the Naegleria Fowleri makes its way into the human body. The real problem for Muslims is that we tend to pour water into our noses because of religious purposes. And for most Muslims, they cannot skip that process. So, during any outbreak of the amoeba, Muslims had to be extra careful over their choice of water to conduct religious practice. Not to mention, even divers or swimmers had to consistently be on caution because diving head-in into the water actually increases the amoeba’s chances of making it into the nose. 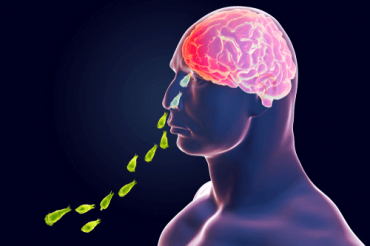 This is because the water pushes through into the nose when you dive. That doubles the possibility of more water cramming into your nose. It is, therefore, better to avoid certain contaminated pools for good because a Naegleria Fowleri sees human brain as nothing but food to munch on. It completely destroys the tissues within the brain which compels the physical appearance of it to swell up. Then, this irregularity leads to unavoidable death in three to five days.

They Are Found In Warm Freshwater:

You will never find this amoeba in cold or moderate temperature because it thrives in warm waters that include rivers, puddles, aquariums, polluted water, and hot springs. It is also possible to find them in swimming pools especially if they are the required and preferable temperatures of the species. As said above, people rarely get infected and the probability of having the brain-eating amoeba take over your body is limited. However, there are specific seasons when the chance of them existing within waters increases. Hence, during those times, it is advised that you proceed with caution. And this is also why after the occurrence of one case, there is a chain of societies that start to thoroughly evaluate the warm freshwater they come in contact with.

Symptoms Of The Naegleria Fowleri:

The infection rate is rare but the disease is dangerous enough to have no cure. Once a person catches the amoeba and witnesses the symptoms then death follows only after a couple of days. As you become exposed to Naegleria Fowleri the symptoms usually start to develop within less than a week. Most of the symptoms seem quite common and similar to the ones you would experience for a normal illness as well. So, suffering from one or two of these doesn’t necessarily mean that the infection has entered into your body. 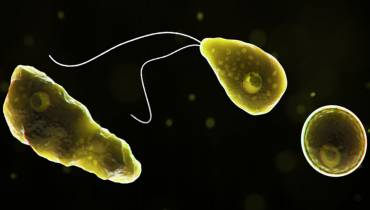 The majority of those symptoms include loss of balance, headache, seizures, fever, neck pain, and nausea. It is important to visit a doctor if you develop any of these minutes after staying in contact with warm water. There could be a chance for the amoeba to have penetrated into your system. Moreover, it is always necessary to stay in the safe-zone and seek immediate medical help.

What are some of the measures that you can take to ensure that security is persisted? By now, you must have a general idea regarding the infection and the amoeba itself. Therefore, it would be easy to formulate an opinion on some of the prevention methods to avoid the development of the infection altogether. Yet again it shouldn’t be too scary especially because, again, it is significantly rare, but if there is a warning on a pool or lake then it is better to stay away. Even if your chances of catching the Naegleria Fowleri from the affected water are 1/100, this should not allow for leniency.

The best way to avoid the risk of this infection is to stay away from warm freshwater. Also, it would be a mistake to dive into warm or contaminated water head-on as that invites the amoeba to easily invest in your body. Right now, it is actually impossible to control or decrease the levels of amoeba in waters. This is why it falls onto you to take a proactive approach to confirm your safety. If you still require to jump into swimming pools or warm waters in general. Then, buy nose clips to block the water’s direct contact with the vulnerable part of your body.

What do you think of the situation? Have you ever heard of the brain-eating amoeba or is it the first time you are laying your eyes on it? Is the deadly nature of the species scary or it is reassuring that the probability of being infected is rare? Share your thoughts.