Nadia Jamil Was Offered A Role Next To Shahrukh Khan In Veer Zaara And This Is Some Serious Revelation!

Nadia Jamil is one of the most phenomenal, multitalented, courageous and outspoken Pakistani actresses in the entertainment industry. She is widely known for Meri Jaan, Raat Chali Hai Jhoom Ke, Balu Mahi and Behadd. Nadia will be coming back to face the cameras after a hiatus and is said to be working on a project that is to release sometime this year in 2019.

Her recent appearance on Samina Peerzada’s talk show called Rewind with Samina Peerzada was definitely a revelation session where she spilled some of the never-known-before details about her personal life and career.

Nadia didn’t just win a fanbase here in her own country Pakistan but was noticed in India as well for her seasoned mesmerizing acting. She disclosed that during the prime years of her career she had the opportunity to meet Yash Chopra who offered her a lead role alongside none other than Shahrukh Khan in one of the most iconic movies Veer Zaara.

She was asked to play the role of Saamiya Siddiqui in this 2004 super hit that is delivered by Rani Mukherjee. However, she said she had to turn the role down since she was expecting her very first child and had to take care of her newborn son later on. 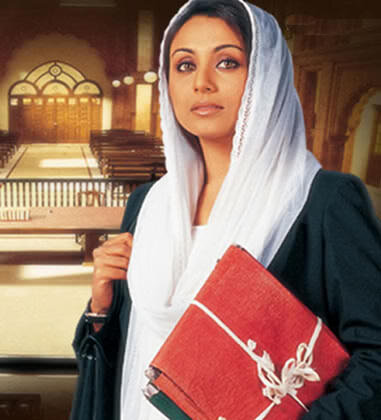 “The turning point in my career was when I met Yash Chopra, Veer-Zaara was about to happen. Ammi was telling me she’d come with me or take care of my children, my son was two months old then, but I knew that if I moved in this direction now it would become an addiction which I would be unable to leave.”

The original cast was chosen to be Shahrukh, Ashwariya, and Nadia but due to the unavailability of the two women, Zinta and Rani filled in. It is not surprising that Nadia chose to place her family ahead of her career and that too at such an important opportunity that could have changed her life.

She continued, “It would shape the kind of mother I would become. I had to choose between being a mom or an actress but there isn’t even a comparison between the two. So I turned it down, however, I became very close to Yash Chopra and his family in the process.”

She has been more than just a talented actress, she is a children’s activist and finds volunteering and spending time with children to be more fulfilling. She has volunteered at the SOS Village and Mother Teresa Foundation which according to Nadia changed her life.

Watch The Entire Interview Below:

She is definitely an inspiration and has had her fair share of trials and tribulations that she laid bare in the 100th episode of Samina Peerzada’s talk show. The ever-green actress is making a comeback this year and considering her exceptional acting skills, the project is worth the wait.

Also Read: ACTRESS NADIA JAMIL REQUESTS FOR PRAYERS AS SHE GETS 17 SEIZURES IN 3 DAYS.

The Striking Similarities Between The 1992 And 2019 ICC World Cup Has Left Everyone In A Shock!
The Reality Behind Urdu Digests And What They Really Teach Us!
To Top