NAB Asked Pakistanis To 'Say No To Corruption' Then What Happened 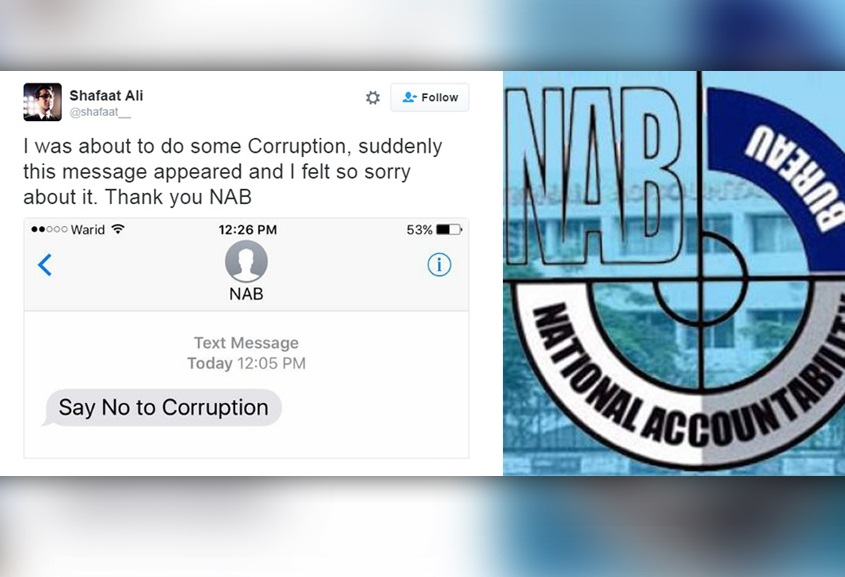 Pakistan, a country where nothing goes unnoticed especially when it involves social media, has brought us another gem. The National Accountability Bureau (NAB), has been sending random texts to users all over the country, with one particular message.

The text messages are being sent out randomly (if you have received them, it’s about time you STOP warming your palms).  Screenshots of the message surfaced on social media, and some Pakistanis had befitting replies with a twist of wit and satire for the NAB department.

Beware, you better lock up your money in a safe-house before team NAB hits your premises and finds… well, nothing, because most of us are broke, so they aren’t in for much – This is a public service message. 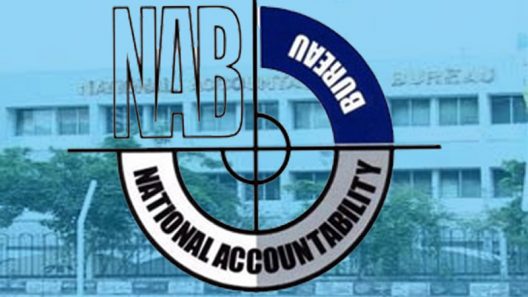 I was about to do some Corruption, suddenly this message appeared and I felt so sorry about it. Thank you NAB pic.twitter.com/NgDmzfwVqc

When you do not get a text from the Bureau – and then it hits you, you’re bound to die forever alone…

Didn't receive any text re. corruption from NAB. I feel incredibly left out from a great cause.

Irony; NAB sending text messages,"SAY NO TO CORRUPTION" to general public while ignoring massive scams & mishandling of funds by the govt.

The moral of NAB is not actually ‘Say no to corruption’ – it’s ‘Sharing is Caring!’

So NAB is spreading 'say no to corruption' msg but God forbad if you do corruption they will facilitate you with a plea bargain deal.Chill

Whatever the case is, Pakistanis are never going to stay aloof of the State departments meddling in their private lives, just as the citizenry is not allowed to interfere in works of the government, the practical position of the people is firm and witty as ever.

However, on a more serious note, corruption is one of the scourge most plagues of Pakistan which deserves to be nipped in the bud. For decades, Pakistan has complained of corruption all over the country, in every government run department, especially by the leaders. Small steps taken at every level, starting from oneself, can go a long way. Remember, charity begins at home.

Say no to corruption!