It does not take much to be a human being with feelings to help someone else. It is easy to be a human, empathize with the sufferings of other human beings and approaching towards doing better for them is all that the world needs today.

When there’s a call to take action for humanity, one must put all differences aside; no kind of sexual orientation, religious differences and alike matters should be kept in mind when we have to stand for humanity. After all, how can we stay in harmony and peace when our fellow humans are suffering?

Recently, a Jewish cemetery in St. Louis, Missouri in the U.S. was destroyed during the time when Donald Trump’s supporters led a support rally and some groups around the same area led their support for Trump. Anti-Trump desperadoes committed the outrageous act in retaliation. Besides generally, Jews are being targeted in the United States. More than 200 gravestones were damaged in the Chesed Shel Emeth cemetery. 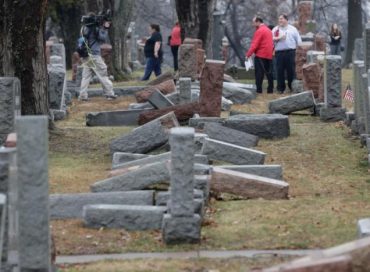 Where some men just want to disrupt the safety and security of people, there are some people who are combining remarkable efforts to restore the mayhem caused by the barbaric acts of the convicted groups.

Muslim activists, Linda Sarsour and Tarek El-Massidi have begun a crowd funding campaign to repair the destroyed Jewish cemetery in St. Louis which was destroyed over the weekend. 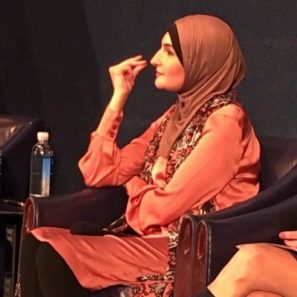 It aimed at raising about $20,000 to meet the expenses. But the numbers skyrocketed in over 3 hours! The campaign raised more than 4 times its target – $91,000.

Here is what the organizers of the campaign had to say:

“We are overjoyed to reach our goal. Any additional funds raised in this campaign will assist other vandalized Jewish centers. Muslim Americans stand in solidarity with the Jewish-American community to condemn this horrific act of desecration. Through this campaign, we hope to send a united message from the Jewish and Muslim communities that there is no place for this type of hate, desecration, and violence in America.”

DONATE WHAT YOU CAN. Muslims Unite to Repair Jewish Cemetery! https://t.co/HVWIvpZtCR

The Vice President of the United States, Mike Pence acknowledged the efforts and showed up at the cemetery himself to carry out the proceeding work. 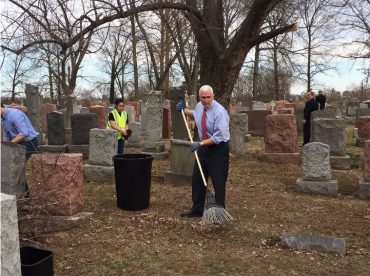 Here’s what the Vice President of the United States said:

“I must tell you the people of Missouri are inspiring the nation by your love and care of this place, for the Jewish community in Missouri and I want to thank you for that inspiration.”

Such a thoughtful act carried out by these people. Surely they have managed to send out a great message and maintain a good image of Muslims for the whole world to see. 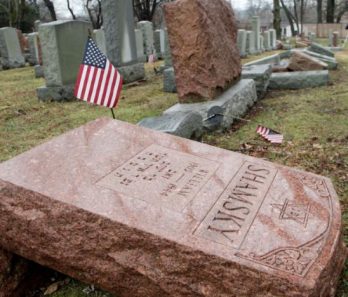 As of course, Jews loved the gesture and called for peace and unity among Muslims & Jews

@lsarsour Would it be appropriate to donate here if I am Jewish? I am touched.

@lsarsour this is so beautiful. Thank you. #solidarity

@lsarsour it really makes me cry, hope we can unite , stop vandals from fighting. We want a world in peace

@lsarsour I am deeply moved by your actions and statements. You are showing us all – what religion is really all about: love and generosity

@lsarsour As a Jew, I was proud to donate to rebuild the Mosque burned in Texas. To see this reciprocation of love makes me cry… THANK YOU

@lsarsour This is the America I know and am proud of!

These people deserve a good round of appreciation for their commendable efforts. Not only the cemetery was repaired, but a positive insight into the minds of people and a place in their hearts is established.

Read Also: Why Are Jews So Smart? Or Is The Rest Of The World That’s Not?

9 Reasons Why I Can’t Get Married And My Disability Isn’t One Of Them
This Guy’s Idea For A Movie Based On Current Events Of Pakistan Is The Most Interesting Thing You’ll Read Today!
To Top