A prominent Jordan based publishing has shocked Pakistanis living in all parts of the world. The Muslim 500 from Jordan has declared Prime Minister Imran Khan as the ‘Man of the year’.

The magazine further wrote that if they had been in the publishing business in 1992, they would have selected Imran Khan then too, for his heroics in cricket. PM Imran Khan successfully lead Pakistan to the World Cup trophy in 1992.

The Editor of the magazine further went on to prove his point on why he labeled PM Imran Khan as the Muslim Man of the Year. This is what the editor wrote in the magazine: “I also was touched when Khan launched a successful fundraising campaign to establish a hospital devoted to both the care of victims of cancer as well as research.

This was his magnificent response to the loss of his mother to cancer in 1985. Given Imran Khan’s extraordinary popularity with Pakistanis both at home as well as among a large number of Pakistani ex-pats. Along with his own, no doubt, generous personal contribution—he raised sufficient funds so that by 1994. The Shaukat Khanum Memorial Cancer Hospital opened its doors in Lahore. 75 percent of its patients receive free-care,” he wrote. 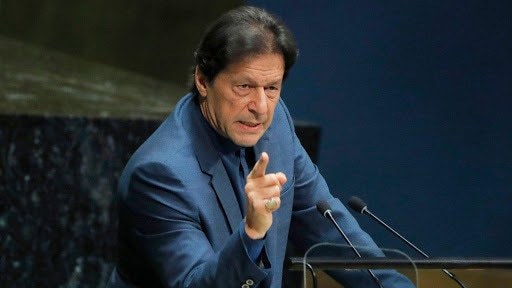 After devoting 22 years of his life to politics, in 2018, Imran Khan’s dream finally came true. When his party Tehreek-i-Insaaf won the elections, and Khan was made the PM of Pakistan. As soon as he became PM, Imran Khan showed his vision to become friends with India. However, he was ‘left at altar’ by the Indians and Modi.

On this, the editor who honored Khan said: “This is Imran Khan’s great dilemma—how do you make a much desired lasting peace with a nation governed by those who have neither interest nor need to make a lasting peace with Pakistan, and against whom any form of war would be hopeless. 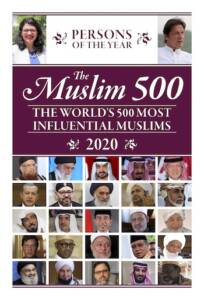 The answer would seem that Imran Khan’s efforts must now focus on mobilizing global opinion, to turn an RSS-led India a global pariah. With his impressive column in the New York Times and the sudden burst of public activity by some of Imran Khan’s touring ministers and ambassadors in America, Europe and perhaps in Asia, that appears to be now underway,” wrote the editor of Muslim 500.

However, all corners covered, this is a huge achievement for Imran Khan and Pakistan, again. He is to be highlighted as the Man of the Year. Among 500 other forerunners from around the globe, is something to be proud of. This time last year, PM Khan was declared as ‘Muslim Man of the Year’ by a Jordanian Institute.

If You Hate Pakistani Actress Mahira Khan, She Has A Special Message For You!
Pakistanis Demand Journalist Marvi Sirmed’s Arrest After Making Controversial Joke
To Top