A Muslim Man Returns Wallet And Becomes An Internet Sensation, Here's How... 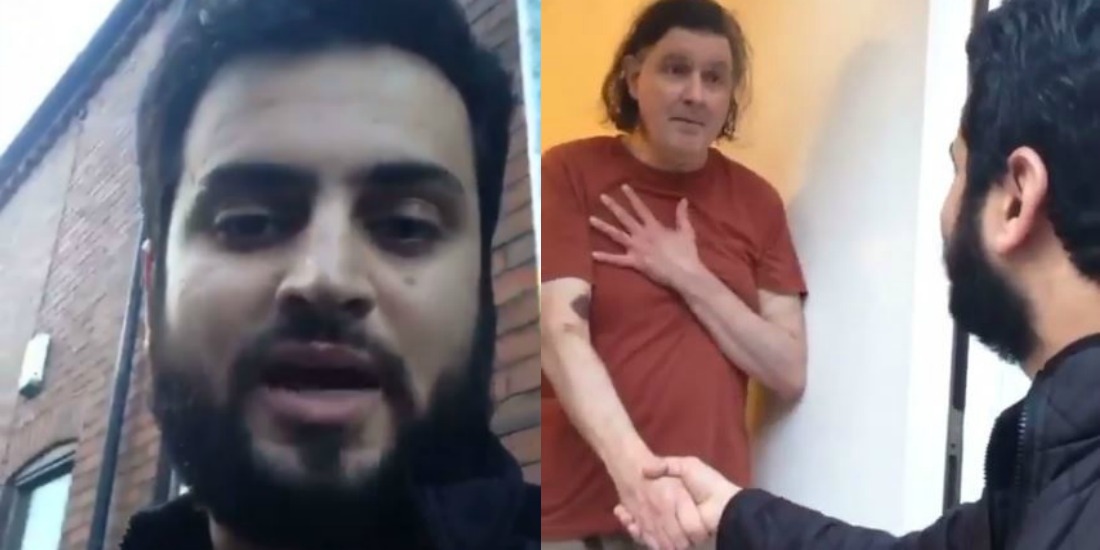 It has become quite common for people to paint a picture with a thick brush without realising the details that they have included in that stroke. Such is the way Muslims are being identified without even knowing their backgrounds or true identity. Almost 1.7 billion people are being painted as a part of a narrow-minded terrorist cult which seeks to impose a terrifying Shariah Law and beat down women rights. This is because about 1 percent of these Muslims are radical and have strayed away from the true path and disregarded the message of peace taught in Islam. This Kurdish Muslim realises this and decided to do his own part in saving the image of Islam by simply returning a wallet.

Watch the video below to find out how:

Peshraw Ahmed is a fast-food delivery person who works for Bare Grillz Fast Food in Stoke-on-Trent, England. He found a wallet packed with credit cards, identity cards, and about GBP 220 in cash. Ahmed knew he had to return it to the owner of the wallet because, as he mentioned in the video, it is forbidden by Islam to keep it as his own. He filmed the whole event of returning the wallet and was even kind enough to ask the owner if he could record this event in the video.

Gavin, the owner of the wallet, was immensely surprised and overjoyed to receive back his wallet as he claimed that his life time savings belonged in it. His family were standing behind him and even they were surprised to see Peshraw Ahmed returning back the wallet untouched. Gavin praised Peshraw for being a nice person, but Peshraw replied that it was just what his religion, Islam, teaches him. 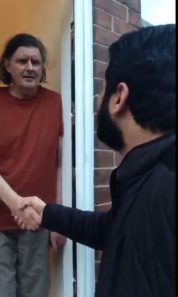 He then went on to explain how a tiny percentage of people are destroying the beauty of Islam and the people who follow the religion. He explained that there are two kinds of Muslims and people should not neglect the good ones and should not mix the two sides. Gavin admitted that God wanted him to know something today, which he obviously did through Peshraw.

As a guitar instructor he could only offer him a cup of tea and free guitar lessons to him, or anybody he would refer but, Peshraw kindly declined the offer telling him that he was just fulfilling his duty.

Quite amazing how little details can become a source of great happenings as any other person as respectable as Peshraw Ahmed could have returned back the wallet but, it was his method of return which made him go so viral on the internet today.