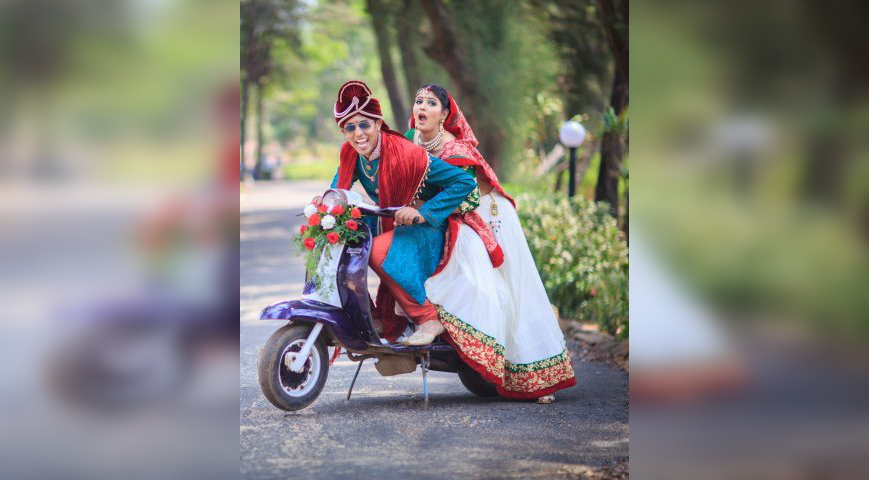 They say when you are truly in love with someone, all boundaries standing in your way set apart and certainly entail you with freedom to practice your love for another person. It’s crazy, isn’t it? A human’s insanity is prone to it because it can quickly become the center of a person’s life.

People who fall in love easily relate the feels shower upon them. It is a unique and the best kind of experience a person can have. It remains the thriving factor for one’s enchanting emotions and it sees no differences in race, religion or caste or color in its way. It’s beautiful and one marvels at the glory of the feeling of falling in love.

We have a story of a couple who just set a milestone with their incredible story of falling in love and marrying each other.

Meet Faiz and Ankit, a couple from India who fell in love with each other on a random day. It wasn’t long when they decided to get married and as usual, faced immense opposition from their families. 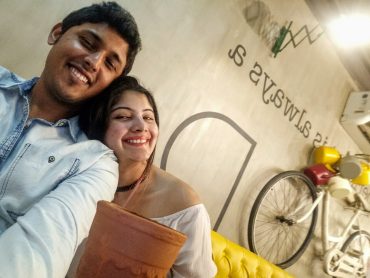 Faiz is Muslim and hails from a progressive Muslim family, whereas Ankita, she’s a practicing Hindu from Hisar. Both Faiz and Ankita were sure of each other. They were keen on the fact that none of them could live without each other. But as expected, their families weren’t…

Inter-religious marriages are a sensitive topic in our society. It is not common and happens only in rare cases and turn out pretty dramatic, as this particular instance

Initially, Faiz and Ankita decided to part ways because they prioritized the peace and contentment of their families. But could they be in peace themselves without each other? No. Just a few days had passed, they both started urging for each other. They wanted to be happy and they needed to do something about it… 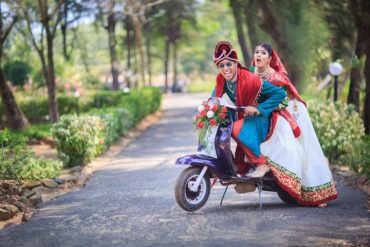 They went on convincing their families. It wasn’t easy at all as many aspects in the likes of race, religion, caste, lifestyle, customs were the hallmark of their families’ opposition. Ankita’s family’s take was that Faiz would be allowed to marry 4 women according to his religion. Also, the cultural shift, the change of customs and practices would be conflicting for their daughter to adapt. They struggled to convince their families but all to no avail.

As a final token of convincing Ankita’s family, Faiz played a major role and this is what happened that day:

The boyfriend, unannounced rings my doorbell, taking my Papa completely by surprise. My mom turned red, she did not know whether to make “chai” or run inside the room and burst out crying. Papa, very calmly, went inside, changed out of his home clothes into something more formal. I was terrified but knew that we could not have postponed this further. Then there was a long monolog by my boyfriend – explaining how he will not convert my religion or change my name or make me eat non-veg or make me follow his culture or make me wear a burkha or marry anyone else or whatever other doubts my parents expressed in the last 2 years. He ended by saying he will pamper me as much as my Papa did as he knew that he could not pamper me more! At this point in time, any Bollywood movie would have shown a teary-eyed Dad get up from the sofa and hug the hero, but that did not happen in my story. My Dad asked my boyfriend to leave (respectfully so), promising him that he will never ever be part of this marriage or our lives if we decided to live it together. I was crying of course, but not because I had to choose. I had made my choice 2 years back already when I had told my parents. I was crying because I had somehow wished to magically change my Dad’s 50 years of thinking in that one meeting, but we failed. We, however, realised that it was time to step on the peddle and accelerate our lives out of this everyday emotional drama that had engulfed us all. 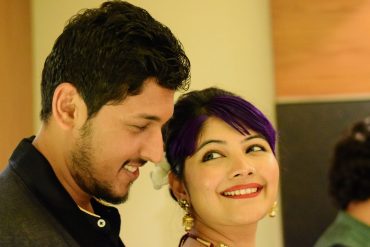 They got their dramatic breakthrough taking a dramatic decision. 17th of February was the day when they decided to get married. 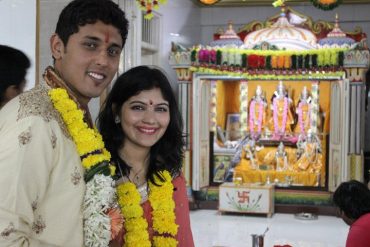 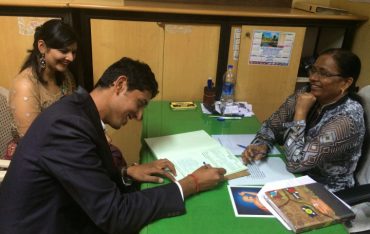 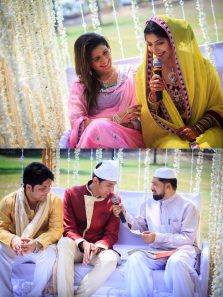 They flew to GOA and had a dream wedding with their friends amid scenic beauty! 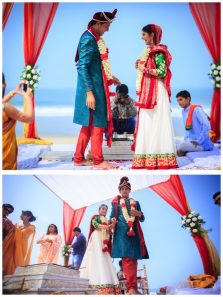 This is what Faiz had to say about their wedding:

“It’s important for both of them to accept each other as it is. Don’t change your religion, don’t change your practices, let people follow their practices and there will be a mini India in such homes where every day is Eid and every night is Diwali.”

What a heartwarming story indeed! Happy for both Faiz and Ankita and wish them all the success in their marriage. You can read the full story here.

Syra Shehroze And Alishba Yousuf Steal The HSY Show With These Brutally Honest Remarks!
Answers People Are Dying To Know About Questions A Guy Has Raised In The Article On Feminism!
To Top