Internet Gives Its Own Verdict On Musharraf's Death Sentence!

The news jolted the country including the Pakistan Army that released their statement yesterday, in support of Pervez Musharraf. 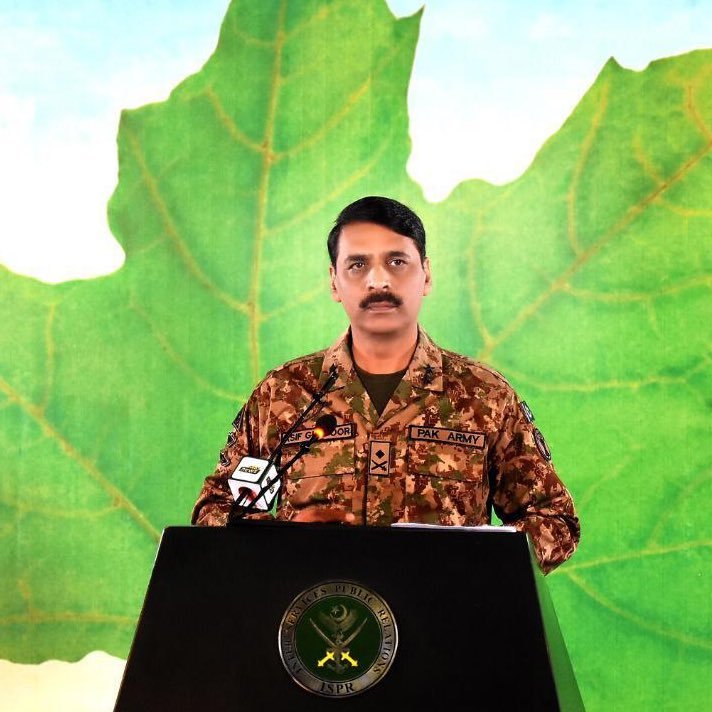 Pakistan Army rejected the verdict against Musharraf and considered the court to have carried out the judgment in haste. In addition, the Pakistan army also maintained that his fundamental right to self-defense was also ignored. Clearly, the army’s sentiments are clear on Musharraf’s sentence to death. Moreover, encompassing the armed forces of Pakistan, the statement concluded that they all hope for justice to be delivered in line with the Constitution of Pakistan.

This has been the first time in Pakistan’s history that a death sentence has been announced for an Army Chief of Pakistan. Further, Musharraf’s treason case was first filed in 2013 by Pakistan Muslim League (N). Now, after the verdict has been announced, a major divide has been observed not just within the citizens of Pakistan but among the institutions of the country as well.

After #Musharraf verdict, Will PML N & our SUPER INTELLECTUALS now apologise for their allegations abt Judiciary being Establishment's puppet when Nawaz's verdict came out?

Shaan Shahid, a seasoned famed actor of Pakistan shows his support for the “brave soldier and son of the soil”

A sad day indeed .. when a patriot is called a traitor. #PervezMusharraf you sir will always be our patriot . A true Pakistani a brave soldier and son of the soil. #pakarmyZindabad .

Brahumdagh writes off Muhsraff as a ‘traitor’.

Musharraf called #ShaheedNawabAkbarBugti a 'traitor', time has shown who a real traitor is. Nawab Bugti was a true patriot who gave his life for his people and his motherland despite his age/health. Musharraf is a traitor of his country who is ran away & hiding behind his illness

PM Imran Khan campaigned for Musharraf to be tried under Article 6 of the Constitution for high treason, accused him of ‘selling Pakistan to America and violating the constitution twice’.

IK wanted much more for Musharraf than just a trial. History of Pakistsn. @HamidMirPAK pic.twitter.com/YX4c2kFb5i

Pakistanis are sharing their opinions regarding the current situation at hand.

Retired Air Marshal addressed the people that are against Musharraf and in support of his sentence.

Those wanting to see General #Musharraf being branded as a traitor through an unconstitutional act, are known for their infamous money laundering, corruption, bad governance, India Appeasement and joining hands with our enemy sometimes via Memogate, sometimes via Dawn Leaks. pic.twitter.com/zGJKQylMB3

Not only army, all Pakistanis are standing with this brave patriotic #Musharraf
No..not at all…we cannot believe that he is a traitor but we know our judiciary is known as "bitches of riches "#DGISPR pic.twitter.com/5JU3lDGMRx

Musharraf, still better than the rest of the politicians. “The best statesman Pakistan ever produced”

How accountability has worked so far for the politicians. A pattern?

Pervaiz musharraf was the traitor of Pakistan he sold the dignity and prestigious of Pakistan and played significant role to spreading defaming of Pakistan in the world through making baseless policies and taking the ruthless stands.#Musharaf_Hero_Of_Pakistan

Interpretation of the Army’s stance.

Pakistan’s military tells judges who convicted former military ruler Pervez Musharraf that they got it wrong, and orders them to try again. https://t.co/h7y6BOh4Yh

I think the thing that has affected Pakistan for decades is our collective amnesia …Musharraf was the worst thing that happened in my lifetime to Pakistan&Im shocked that we have to remind people his hundreds of flawed decisions against the ppl of Pakistan.. it was very recent

A rebuttal. Tug-of-war, if you will.

Recent is stil 15 yrs away. And honestly, in my conscious lifetime, thats the best tenure that ive seen financially. Dollar at 60. Feul at 52. Its been only downhill from there

Zaid Hamid didn’t sit idle and gave his two cents on the matter.

Let's discuss "treason" of Musharraf..
Let's talk about PCO judges, those who administered him oath, legalized his action, gave him powers to amend constitution…

Let's talk about those politicians & judges who violated their own oaths through corruption & biased judgements.

Some finding humor in the situation.

The nation stands divided on Mushraff and Pakistan Army stands in his support. Similarly, the stances are clear and defined and no one seems to be on the middle ground. In addition, the matters of the country have heated amidst the preparations of the Test match between Srilanka and Pakistan, tomorrow. More news to come. Meanwhile, let us know what are your thoughts on this?

Which side are you on?