Here's Everything You Need To Know About Multan - The City That Preserved It's Cultural Heritage!

Multan is the third most populous city of Pakistan and it’s the oldest ancient city embodied in the traditional values and Sufism. Nothing and no other place can define Sufism, long existing beliefs, and traditional values better than Multan that’s why it is also known as “Gada-o-Goristan” which means ‘a city of gold, Sufis & bloggers’. Being the most ancient city, Multan was once the empire of several rulers who belonged to different cultural and religious backgrounds.

Multan is the city that elaborates cultural aspects of its past so well even today it can be seen in old and antiquated temples or darbars. The essence of that vast history is still alive in the traditional Multani dresses which are embroidered and embellished by the skillful artisans especially. Basically, the concept of hand embroidery has been started by the female artisans of Multan and Multani Embroidery is one the most popular and is a known art not only within the state of Pakistan but also beyond the boundaries of Pakistan. 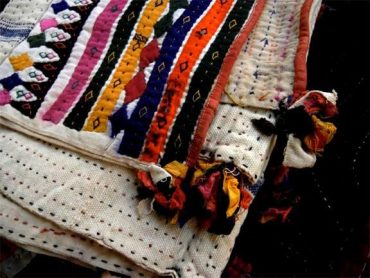 Multani embroidery kurta’s, shawls and khusas are famous and most demanding traditional wearings in Pakistan and also around the world. Still, there are few people who like the basic traditional way of creating embroidery designs by hand. Instead of using machines they prefer to create their own designs by their own hands. They prefer handmade embroidery because while embroidering through hands they can imprint their own designs with threads but while using the machine they are dependent to carve thread according to design that already has been printed on the article.

In Multani embroidery, cross stitch is the major and most famous type of hand stitch. This offers the sewer a large number of designs to pick from. Its unique and simple stitch used to form different intricate patterns and designs which gives an appealing look to the article of clothing. Multani embroiders also incorporate different things such as gotta, beads, sheesha and sequins, etc. 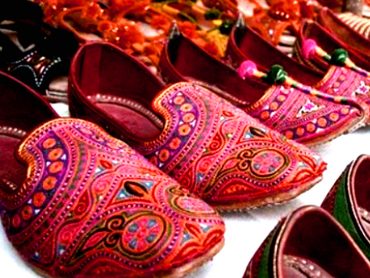 Embroidery is one the most interesting and productive craft to do at home, it improves creativity and it’s like another source for representing your skills of artistic mind onto the fabric. In India and Pakistan, a number of rural and middle-class women who are burdened with the responsibility of their families as a single parent or other circumstances, this art can be an easier way to earn a respectful lively-hood.

By conducting some thought-provoking campaigns and training that they can make their existing skills productive and source to earn dignity and money. In Pakistan, there are a lot of NGO’s working on projects by keeping in view the above elements. Not only the women will earn their well-being but they’ll get empowered as in taking their decisions on their own. on the other hand, it would cause in lessen a lot of bugs that are playing a big role in the crisis of our economy by lowering the level of poverty and unemployment.

Nothing can be a better asset of any country other than the general public of that country. And if we are putting our very efforts in increasing technological and other assets by ignoring our own capable public than we are investing our efforts and money to earn a big loss.

These 11 Amazing Tips Will Help You Lead A Happy Stress-Free Life!
Things That Happen In The Pakistani Family Culture You Absolutely Had No Idea About!
To Top