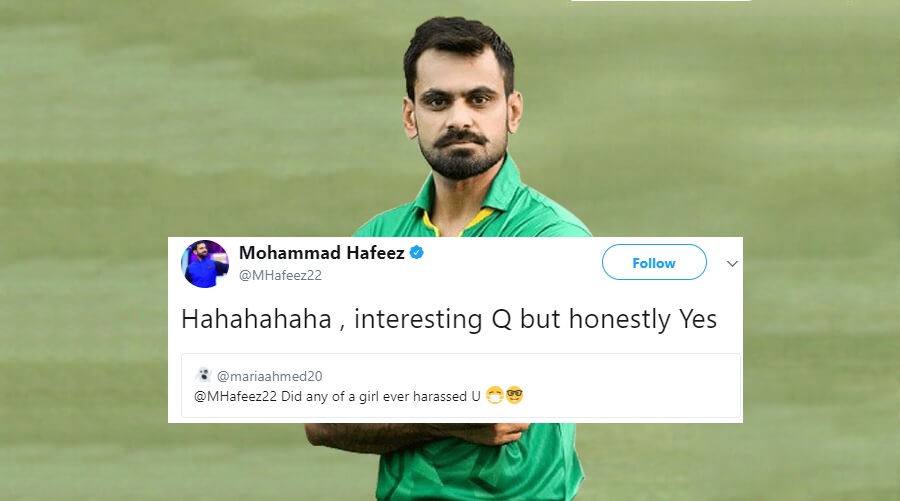 Just a couple of days ago, the news of Muhammad Hafeez was all over the news based on the unfortunate news of his ban based on his bowling action. While the ICC banned him to play for 12 months, the domestic (PSL) is still an open option for the former Pakistan cricket team captain.

Based on how Hafeez currently is one of the senior most player in the squad (Malik being the other one), players look up to him in terms of experience advice. While that seems to be on the hold for while, Hafeez is definitely enjoying some time off the field.

He promised to answer as many questions as possible and things got pretty interesting after a while.

He Shared how he Will be Playing in PZ this Season

Despite how speculations rose PCB may not allow him for domestic cricket.

When Asked Who his Favorite Bollywood Actress is, he Decided not to Answer that

He Also Praised Ahmed Shahzad for his Performance

Also Shared his Favorite Singers and What an Iconic Choice

Hoping to see more of Muhammad Hafeez on cricket, given how he inspires the youngsters in the team and they consider his valuable advice.

Let’s see how the professor performs in the Pakistan Super League this year!