There’s no doubt that Pakistan is filled with religious personalities who are way more controversial than any media celebrity. Among such highly contradicting individuals, comes cleric Mufti Qavi who might now be crossing every limit.

Initially, gathered fame during the Qandeel Balock scenario, the cleric hasn’t stopped giving out rogue statements since then. Some time back, Mufti Qavi, just for cheap publicity even made fun of a character from Mere Paas Tum Ho. Well, it seems like the bogus activities are still in line as the so-called cleric Mufti Qavi has now called ‘alcohol’ halal and what even?

Apparently, such statements are not new coming from Mufti Qavi and his lack of religious knowledge, maybe. According to the acquired details, the cleric recently gave a controversial interview which has now raised many questions. Along with the discussion on other topics, the host then asked about Mufti Qavi’s view regarding the consumption of alcohol. And his response shocked everyone, including the host.

Further speaking on the topic, Mufti Qavi claimed that drinks that have 40% alcohol in it can be consumed and isn’t haram. ”Whichever drink contains alcohol below 40%, that drink is halal. We can drink that. In my opinion, any drink that contains 100% alcohol but extracted from minerals is totally halal, forget 40%.”

In this mindless debate, Mufti Qavi then brought the tobacco in it and directed his debate towards other religious personalities. According to him, there’s no difference between chewing tobacco and alcohol. Comparing the two, he stated, ”If the chewing tobacco that our religious scholars consume is halal, then I’ll have to say that the drinks of today are also halal.” 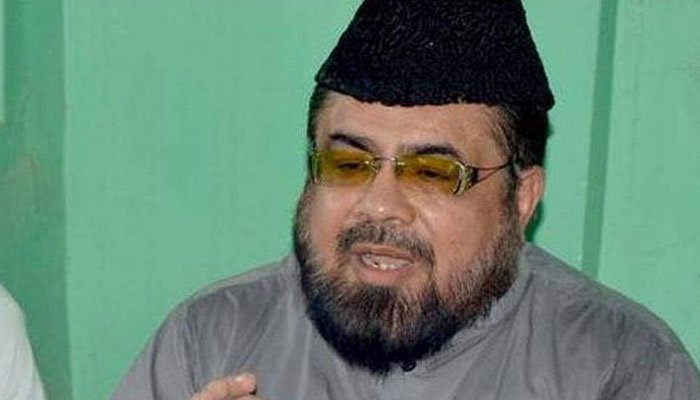 To clear the stance, a senior scientist at the Public Health Institute’s group of alcohol research has given out some numbers. According to him, beer contains 4% alcohol in it while wine has 11.6% and alcohol contains 37%. Well, taking the contradictions in both statements into notice, it seems like Mufti Qavi actually believes that alcohol is halal and can be consumed.

There’s no doubt that everyone has the right to think whatever they like but making unnecessary claims doesn’t count. Previously, another controversial personality Hareem Shah had accused Mufti Qavi of killing Qandeel Baloch. Particularly, it happened when both the personalities were giving an interview together.

What do you think of Mufti Qavi’s claims? Tell us in the comments section below!

Who Is Responsible For Her Failed Marriage With A Homosexual?
Nabila Responds ‘Rudely’ To Criticism Over Not Donating PPE Kits To Frontliners
To Top