Just a few days ago, Pakistanis observed the first death anniversary of Qandeel Baloch. While you may agree or disagree with what she did as a profession, the fact remains how her death was a symbol of how inhumane this mankind can be.

Islam is a religion of us. While it advises the followers the right and the wrong, it also speaks against killing someone in cold blood. Something like this is what Mufti Qavi said in a press conference in Multan while addressing how honor killing is not permitted in Islam.

A month before Qandeel Baloch was killed, her selfies with Mufti Qavi went viral. According to Mufti, his selfies with the deceased caused a lot of trouble to him and cost him his memberships with a number of Islamic councils. Nonetheless, he believes that what happened with Qandeel was inhumane and is something Islam speaks against. He further added that he will prove this under the Quran and Islam. 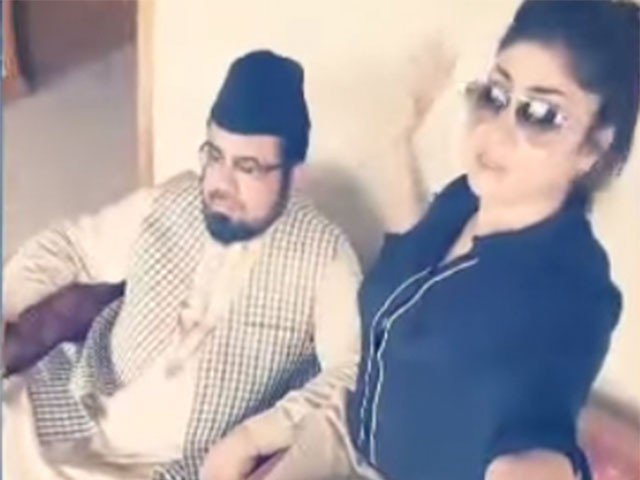 While addressing the journalists, the cleric stated that he is writing a journal regarding honor killings. He will cite the sayings of the Prophet Muhammad (SAWW) and will cite the verses from the Holy Quran in regards to honor killing.

The cleric also stated how international publications have interrogated him, trying to label him as the killer of the social media starlet. According to him, they are indulged in doing so because of their hatred for Islam.

“West is the enemy of Islam. They want to declare me Qandeel Baloch’s killer in their hatred against Islam. The international media are trying to establish me as her killer.”

According to Mufti Qavi, while the international publications are ‘conspiring’ against him in the name of Islam, he declares himself as innocent and even advocates how honor killing has no place in Islam.

“My name is not in the FIR registered for Qandeel’s murder, but I will present myself to the police whenever they call me for more information.”

Moving back to the subject of proving how Islam doesn’t allow honor killing, it is about time we realize how women do not deserve being killed by their families in the name of Islam. Hope the Mufti’s work will be well-respected by Muslims all around the world.

An Answer To Those People Who Keep Asking, “Pakistan Ne Hamay Diya Hi Kya Hai?”
5 Types Of Teachers Everyone Comes Across
To Top