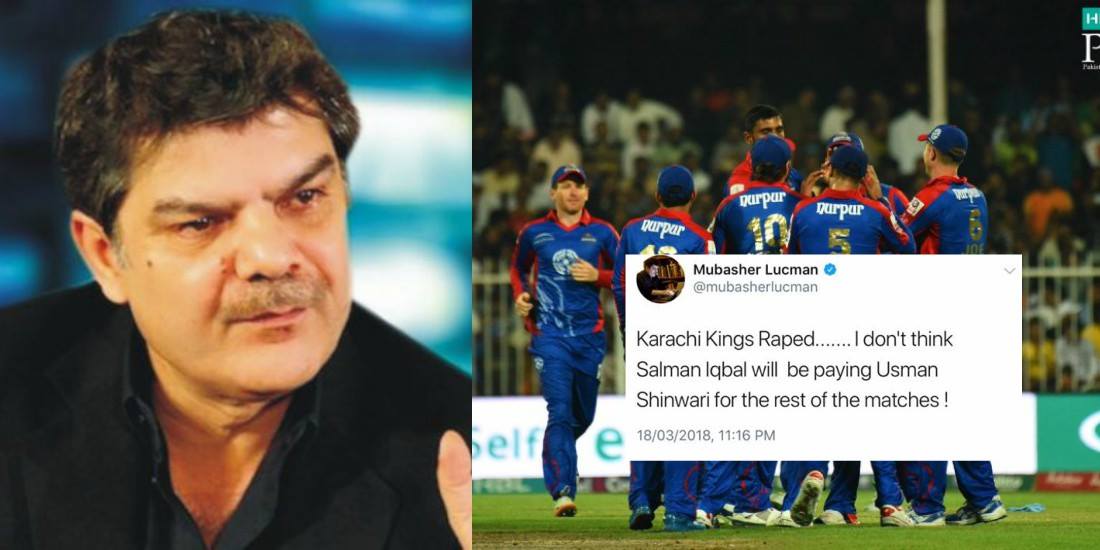 Cricket in Pakistan is not just a sport or a game, but more than that. And there are times when some people are ready to give anything for it. For those saying people are very emotional about it and have hopes with it, well, people in Pakistan can go as far as going for manat just so their favorite team could win.

Till now, we’ve always prayed for Pakistan to win against any team but now since PSL is on the go, we can’t help but go against our very own family and have teams with one household. As fun as it seems, it can actually take a bad turn. Mubashir Luqman, once again did something that put him in trouble and made him delete his tweet like many times before. He bashed Karachi Kings for not playing well, and boy oh boy, not just bash but he hammered them out. 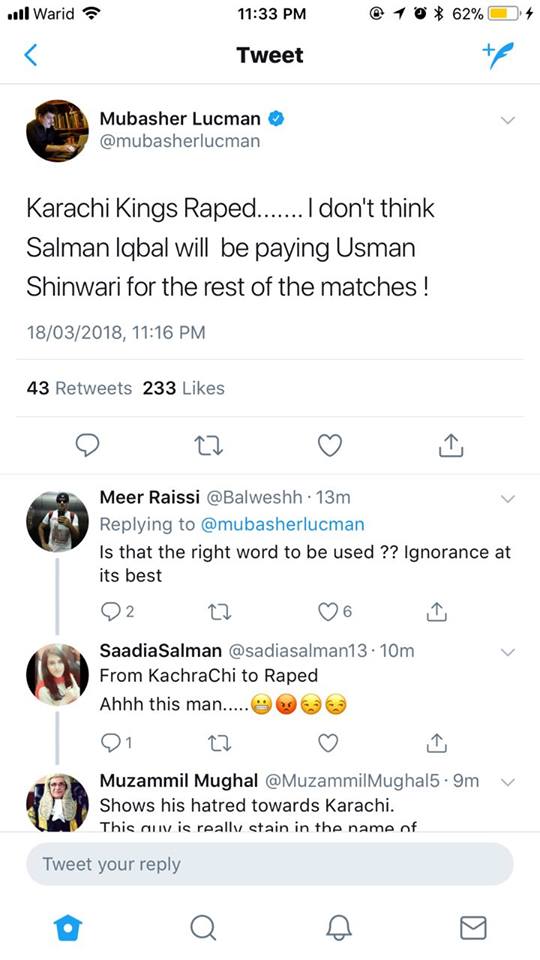 Choice of right words to bash someone out in the public is as important as when you dine out in a restaurant. You wouldn’t want other people requesting the management to kick you out for your bad mannerism. Well, Mubasher seems least bothered about it as he has what he did was nothing new for him. “Bad choice of words”.

So, he finally tried to find an argument to gather people to agree with him on this and made an apology for his previous tweet… Yes, he apologized.. “par ab tou kehdia…”

Folks I deleted the tweet that so many found offensive. Sorry for that and no excuse but you see when a team of this calibre looses a match in this manner then one does wonder off the match was played fair or not?? You will agree on that one hopes.

And some more “sane” ranting!

Ranting and whining just because you had some hopes with a team would not justify why you choose to abuse them. Well, we hope “there will be an explanation for that” pun not intended. How many people have we here who would agree with Mubashir and who wouldn’t? Comment your views and share with Karachi King’s fan to see what they have to say about it!