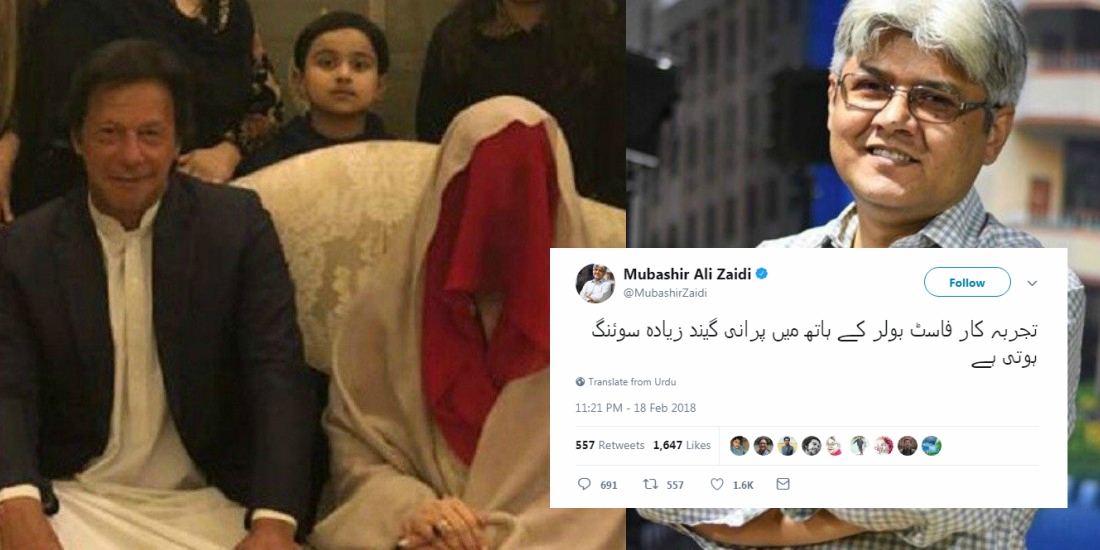 Mubashir Ali Zaidi, famous columnist and author of a book called “100 Lafzon ki Kahani” recently got called out on all social media for bashing Imran Khan on his 3rd marriage. Mubashir did face a lot of hate for tweeting all this, majorly from the journalism fraternity. People were amazed by his this act and how a known journalist and columnist would judge anyone and stoop so low on a public platform! 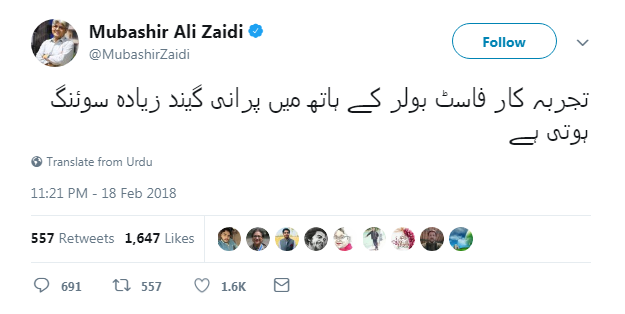 WHAT THE ACTUAL HELL?

These are the most infamous tweets from Zaidi

Mubashir later tweeted this after he deleted his notorious tweets:

To our surprise, Mubashir changed his Twitter avatar this morning from his own picture to Imran Khan’s old picture. No wonder people bashed him after that by saying that Mubashir changed his photo to IK’s so that his followers would go silent on him. Some even called him a hypocrite.

The original tweet has been removed by @MubashirZaidi which may have been a reaction to previous personal attacks on him. It takes dignity/courage to reflect on one's action & I've never expected anything less from Mubashir sb. Isi liye woh hamaray liye qabil e ehtaram hain ?? https://t.co/Hhs72h5UQN

Imran Khan’s third marriage was a blast on the internet 2 days back. Whatsapp, Facebook, Twitter, everywhere, people kept sharing and circulating the photos of their Nikkah ceremony. Imran Khan has been previously married twice. His first wife is Jemima Goldsmith and they have 2 sons together. Later, he married Reham Khan but unfortunately, the marriage ended the same year. Almost 3 years after his second marriage, he got married for the third time. His recent marriage created a greater uproar all over than any of his previous marriages. Imran Khan married his spiritual advisor, Bushra Maneka. This is Bushra’s second marriage, she has kids from her first marriage.

What’s your take on Mubashir’s tweets? Is he being a hypocrite or he’s playing safe? Share your views in the comments below and let us know!