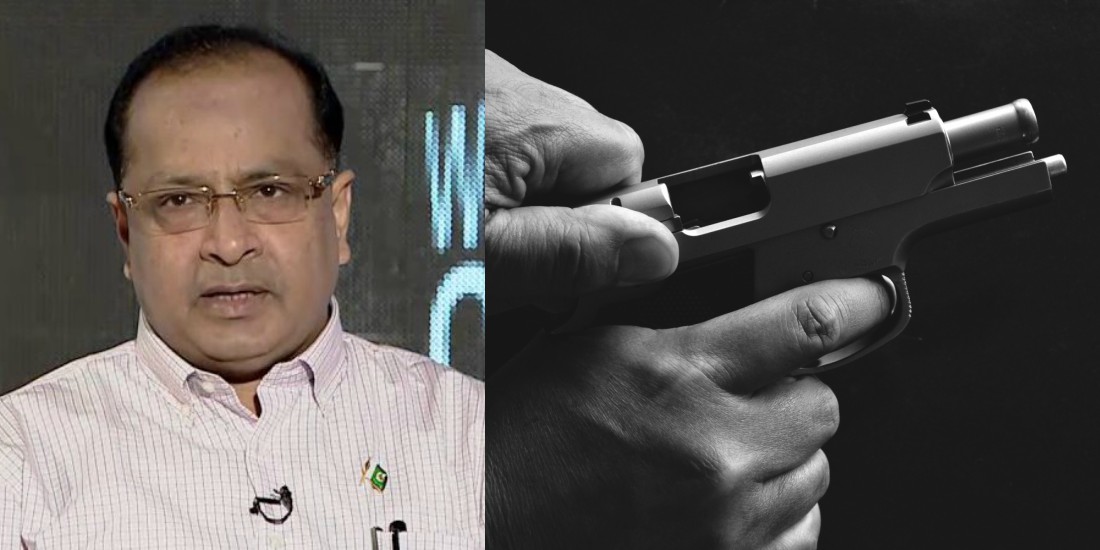 Never have we ever witnessed people being expressive or vocal about what wrong happened in their lives so often and so openly before. Nowadays, social media has become the place where general is so connected to media and to other common people that it doesn’t seem odd at all when people share their experiences. The power of social media is immense in nature and people are voicing their opinions, which gives the benefit that media solely can’t  show one side of the story. People are more aware and more enlightened now.

Yesterday, a guy named Ahsan Alvi tweeted about how he was going by his day and got stuck in traffic while an MQM MNA came by and asked him to move his car. Since the road ahead his car was jammed with motorbikes,  Ahsan and his driver couldn’t move his car anywhere. When they told the MNA that it seems difficult to move the car in this situation and they might have to wait for a little, the MQM MNA named Salman Mujahid Balouch pulled out his gun and pointed at Ahsan and his driver.

Here’s what he tweeted

Just 30 mins ago.. An MQM MNA Salman Mujahid Baloch pointed a gun at me and my driver.
Because my driver couldn’t move the car and make way for his big black VIGO since there were bikes parked all over the road and it was a small lane/gali in DHA phase 2 ext (near careem office)

The main road of Khayaban e Ittehad is the one that connects phase 2 and all other areas of defense. Now, if we look at the scenario and Ahsan’s statement in which he said he and his driver were helpless in the situation, knowing the prevailing VIP culture in Pakistan, common people are exhausted since it ruins the normal system of the city. Along with it, law and order system of our country is of such nature that people never seem to argue with the politicians themselves. Never has this country seen the commoner negotiating with a politician in good terms.

He took his gun out and loaded it at me and my driver saying “R**** kai bachay ab peechay hogi”. And then all his guards came forward and pointed their guns at me and the driver too.
And then he hit my driving seat window with the butt of his gun
*bang*!!

Coercion is punishable by law in any manner unless it is the police who has all the legal right to coercively ask a citizen to stay within the legal boundaries and ethics. Ahsan’s tweet clearly seems to have elaborated that the MNA was carrying a gun with himself which he is using on will on common citizens. It is no shock to people that the MNA did this and abused the victim. Ahsan’s fear that he might pull the trigger in anger was something anyone would expect in this situation. We all know such incidents where someone in power have killed an innocent and easily get away with it.

Here’s How Bollywood Celebrities Are Mourning the Death of Asma Jahangir in an Honorable Manner!
Here’s How Science Backs Islam’s Logic Of Declaring Pig “Haraam”
To Top