3-Days Mourning To Be Observed In UAE After Sheikh Sultan's Death!

Among the unfortunate events from around the world, the recent sad news broke in from the Middle-East side. As the developing stream of the United Arab Emirates sees no end, the untimely demise of one of the country rulers has spread a sorrowful atmosphere. After the confirmation of Sheikh Sultan Bin Zayed Al Nahyan’s death, a 3-day mourning period is currently being observed in the UAE.

Soon after Sheikh Sultan’s demise, several Arab leaders have poured in their condolences and support for the lost soul. However, the decision of the mourning came in after Sheikh Khalifa Bin Zayed Al Nahyan, the President condoled his incurred loss. As of now, the whole of UAE is observing a 3-day mourning period in the woe of Sheikh Sultan Bin Zayed Al Nahyan’s death.

#UAE President condoles the death of his brother, His Highness Sheikh Sultan bin Zayed Al Nahyan, the President's Representative. UAE will observe three days mourning with the flag flown at half-mast according to a statement by the Ministry of Presidential Affairs.

During his living hours, Sheikh Sultan was serving as his President brother Sheikh Khalifa’s representative of UAE. After the news of the Arab leader’s demise became public, the Ministry of Presidential Affairs issued mourning directives, accordingly. As per the issued statement, mourning will be observed in the UAE for three days along with the flag flown ceremony at half-mast.

“Today I lost my brother and friend, one of the most loyal and respectful persons in the country” – UAE President!

In the midst of sadness and misery, the brother and President of UAE Sheikh Khalifa Bin Zayed Al Nahyan offered his condolences. His statement read, “Today I lost my brother and friend, one of the most loyal and respectful persons in the country, and one of its national figures who worked with the late Sheikh Zayed in establishing the Union and serving its people”. 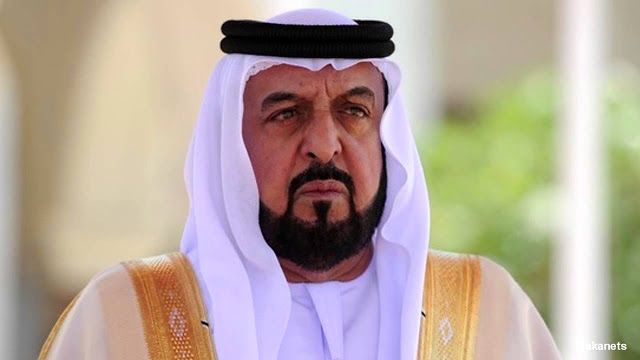 Earlier today, Prime Minister and Vice President of UAE Sheikh Mohammed Bin Rashid Al Maktoum also tweeted on the big loss. He wrote, “We express our deepest condolences to the people of the UAE and Al Nahyan family over the death of Sheikh Sultan bin Zayed. The late Sheikh Zayed’s sons have left timeless marks on the country”.

The UAE Vice President expressed his feelings regarding the ‘loss’ in Arabic on his official Twitter!

Check out: Pakistani Driving Licenses Will Be Valid In UAE Soon And This Will Create A Lot Of Opportunities!

“They were the partners in founding this country. May God bless his soul and grant him mercy and paradise. May God grant the people of the UAE and his family the strength to endure and persevere”, he further maintained. Similarly, other Arab ruling elites provided their concerns over the unexpected demise of the UAE President’s Representative.