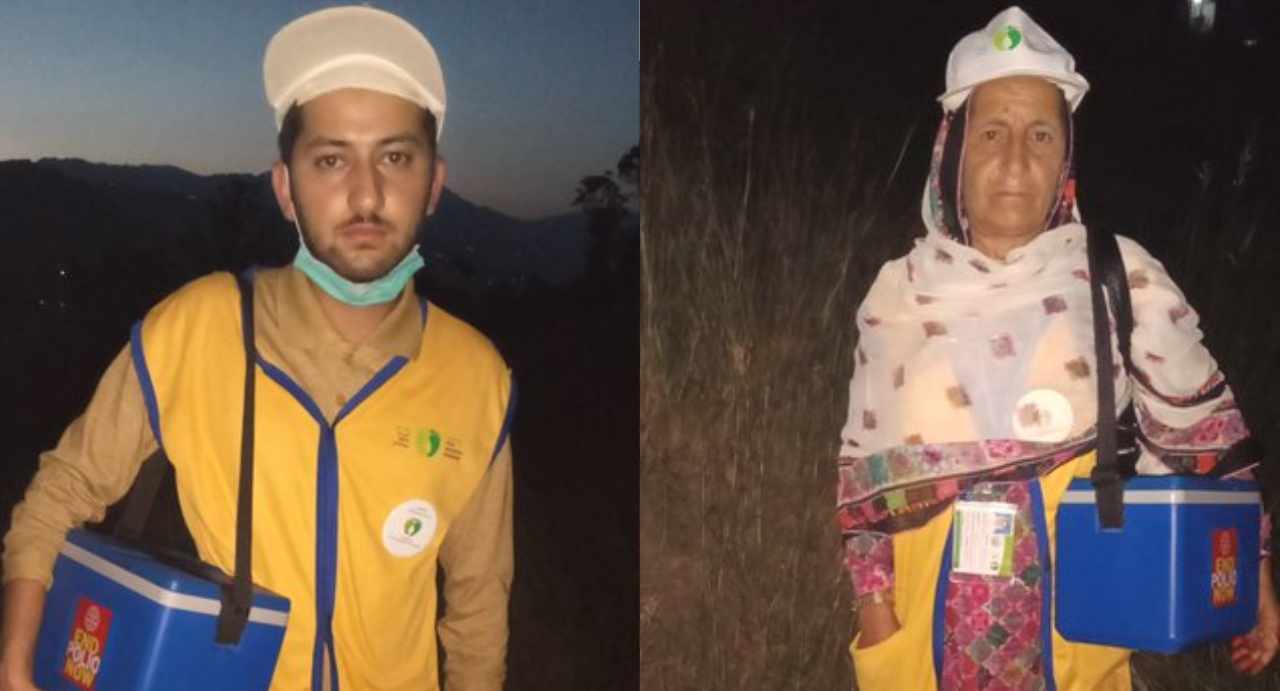 Even though COVID-19 has come out as the most unprecedented and dangerous pandemic/epidemic, polio still remains a huge issue in Pakistan. Recently a picture of a polio worker mother and her son gave rounds on social media and Pakistanis are loving their efforts to end polio.

For over a decade, Pakistan has constantly been in a fight to end polio in the country. Around the world, giving polio was vaccine is considered an easy job, but not in a place like Pakistan.

However, to fight this never ending illness, polio workers from around the country put their lives at risk to end this disease. As of recent, a mother-son duo who work as polio workers, have gained a lot of traction and love from the people.

Meet Mujeeb Khan and his mother – two voluntary polio workers from Azad Kashmir. Mother and son are being loved by Pakistanis for efforting to put an end to polio in the country. Mujeeb posted a picture on his twitter page, titled: “Me and my mother on way to home back after a hard day of polio vaccination #VaccinesWork.”

Twitterati cheered the mother-son polio working duo on after discovering the tweet. Labelling them as heroes, Pakistanis were all praise and love for these heroes.

Actor Feroz Khan was one of the many people who saluted these hard-working polio workers on doing their job. He wrote a kind “salute” for them from his Twitter profile.

This is how Twitterati celebrates this polio working mother-son duo

The World Health Organization (WHO) had informed that Pakistan will continue its fight against polio in this new phase. More than 40 million children will be vaccinated through this new campaign. Around 260,000 workers will be involved, going door to door to give the polio vaccine.

In Pakistan, running a polio vaccine is not easy. Multiple challenges errupt in the process. Rough weather, tough circumstances and the lack of resources hurt the process.

Moreover, polio workers in the country are also targeted by banned outfits, as they believe that the polio vaccine is against their religion and beliefs. Pakistan is continuing its fight against polio for many reasons.

Thus, this mother-son duo of polio workers deserves all the love they are getting, and we hope they continue to help the cause.

This Pakistani Artist Has Given Some Serious Lockdown Goals!
Pakistani Girl Sirine Jahangir Wins Hearts With ‘Magical’ Performance At Britain’s Got Talent
To Top