Every other day we come across heart-wrenching stories where helpless parents are trying to find their missing children, who many times become unfortunate victims of sexual abuse. These parents then do everything in their power to seek justice for their children and urge other parents to keep their little ones safe.

But what if parents themselves prove to be the cause of evil in these poor minor’s lives? A similar case has been brought to light where a mother married off her 10-year-old daughter to a drug addict.

Drug addict sold his ‘wife’ every day for money

Naureen, who is now a grown-up woman with three kids, relays her heart-wrenching story about how her own mother snatched away from her innocence and her childhood.

In a video message, Naureen said, “I was a toddler when my father passed away. My mother left me with my dadi and went away. I lived with my Dadi until I was ten. That’s when my mother came to take me away with her. She then married me off to an elder man who was also a drug addict.” 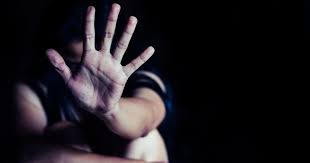 ” I was 10 when the man invited strangers into the house and sold me off every day for money. Different men used to come every day and rape me. I was raped for 7 years.”

A minor was raped every day by strangers as her ‘husband’ sold her off every day to buy drugs from himself.

“During those 7 years when I held captive, I give birth to 3 children.”

“I tried to run away many times but I was always under strict vigilance. One day, I finally succeeded and ran away to my Mamu’s place.”

Poor Naureen thought that she has run away from all her demons and is finally safe. However, that, unfortunately, was not the case.

“When I told my mamu was happening with me over the last 7 years, he took me in and assured me that I am safe here and no harm will come to me under his roof.”

For a few days, everything went fine and Naureen thought that she can finally take a sigh of relief, but what was to come shook the core of trust in family values.

“One day my Mamu along with his son and an unknown man tied me up and raped me. I tried calling for help but the forced cloth in my mouth as they went about their heinous crime.”

I am sick to my stomach. These monsters roam around so freely in our world and we are not doing anything. This young girl had to go through so much. We cannot even imagine her pain. WE DEMAND JUSTICE FOR NOREEN! #JusticeForNoreen #Aasra #AasraPakistan

Naureen even after her uncle’s barbarity did not give up. She somehow called her aunt who rescued her from a horrible situation and found her a safe place to stay and work. While poor Naureen tries to pick up the pieces in her life her abusers walk free without any remorse or consequence.

We hope Naureen gets the justice she deserves.