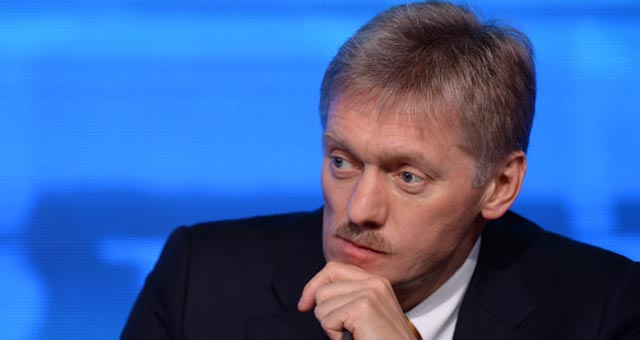 Kievâ€™s government and its western allies bear full responsibility for the recent bloodshed in Ukraine, Russiaâ€™s presidential spokesman has said, adding it is now impossible to convince people in the region to disarm because their lives are under threat.

Spokesperson for Russian President Vladimir Putin, Dmitry Peskov, released an official statement following the tragic events in Odessa. 39 anti-government activists have died in a fire at the Trade Unions House there, after the building was set ablaze by pro-Kiev radicals. Some anti-Kiev protesters burned to death, while others suffocated or jumped out of windows, the Ukrainian Interior Ministry said.

Peskov expressed deep condolences for the families of those who died in the tragedy on behalf of President Vladimir Putin and said the Kiev government and the West had blood on their hands.

â€œThe authorities in Kiev not only bear direct responsibility, but are complicit in these criminal activities. Their arms are up to the elbows in blood,â€ Peskov said.

He said the tragedy in Odessa was the product of â€œthe connivance of those who consider themselves the authority in Kiev.â€

â€œThey allowed extremists and radicals to burn unarmed people alive. I stress that these people were unarmed.â€

Peskov condemned the position adopted by Washington and a number of European countries as motivated by cynicism.

â€œIt is the highest manifestation of cynicism. The people who justify this punitive operation are the same ones that did not allow the legitimate President of Ukraine, Viktor Yanukovich, to bring order to the country,â€ said Peskov, referring to the special operation being carried out in the East of Ukraine at the order of the Kiev government.

The latest escalation in the fighting in eastern Ukraine has made it impossible for any nation to convince people to disarm in the region because their lives are at risk, said Peskov.

â€œIn spite of consistent attempts to encourage dialogue, Russia has hit against provocation not only from Kiev, but also its Western sponsors,” he said, stressing that Russia could not find a solution to the current conflict on its own.

Addressing the Ukrainian elections that are set to take place later this month, Peskov said the prospect of such a vote was â€œabsurdâ€ while violence continues to rage in the country.

The presidentâ€™s spokesperson announced on Friday that Kiev had effectively destroyed the last vestige of hope for implementing the Geneva agreement on de-escalating the Ukrainian crisis by unleashing a â€˜punitive operationâ€™ in eastern Ukraine. Russia views the operation as criminal and has urged the Ukrainian government not to use force against unarmed civilians.

However, the EU and the US have both supported the Kiev governmentâ€™s operation. President Barack Obama called it â€œa move to restore order,â€ while EU foreign policy chief Catherine Ashton said “the state’s monopoly on the legitimate use of violence needs to be respected.”

â€œOur colleagues in the West are basically trying to justify the large number of murders we are seeing,â€ said Peskov, calling Ashtonâ€™s statement â€œmonstrous.â€

When asked how Russia would react to the escalating conflict in Ukraine, Peskov said he was unable to answer that question at present.

â€œThis is unknown territory for us,â€ said the presidential spokesperson, adding that the Russian government has received thousands of calls from southeastern Ukraine, demanding Moscowâ€™s help.

Obama deeply troubled by US death penalty
â€˜Why do they hate us so much?â€™ Southeastern Ukraine seeks to understand new regime
To Top