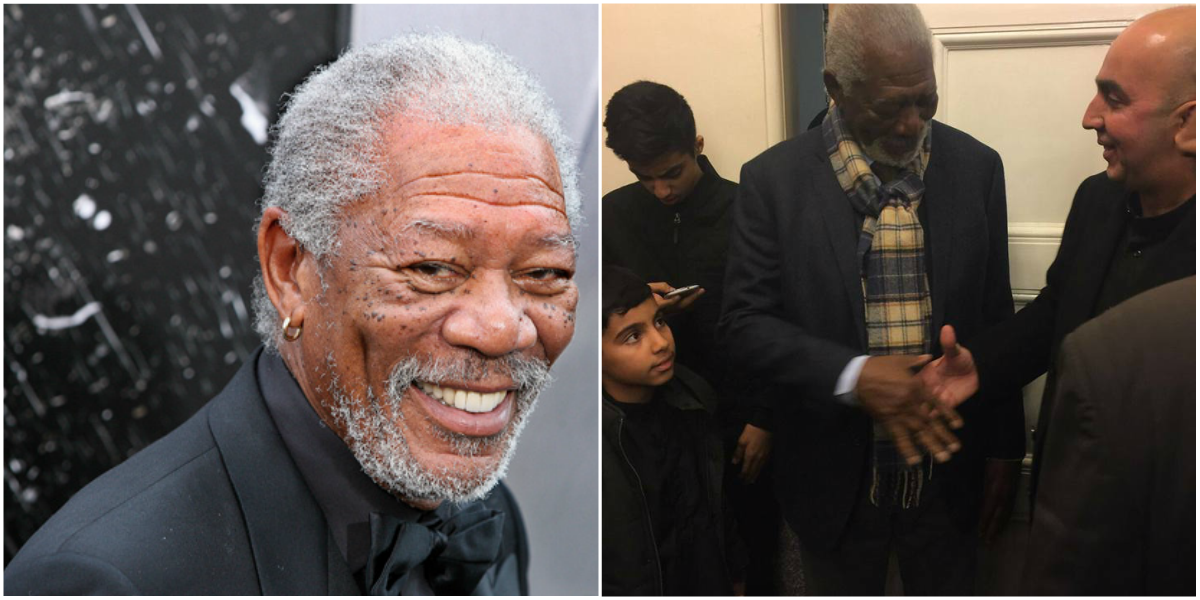 Morgan Freeman was seen earlier today at Al-Khoei Foundation, London, Queens Park attending a majlis. The news broke out on Twitter and got viral as people were shocked to see him at a mosque. Some thought he was there to pay respect to shuhada-e-Karbala, some thought he had converted to Shia Islam. But basically he was there for a shoot for his documentary for National Geographic called “The Story of God”.

But when you spot Morgan Freeman at a mosque, it’s not something that happens everyday and it is a big deal.

Yes exactly, what is Morgan Freeman doing at a mosque that too on 9th Muharram?

IM DEAAAAAD HOW IS MORGAN FREEMAN AT MY FRIENDS MOSQUE pic.twitter.com/SZEhXYhPgc

2. Some didn’t know why he was there.

That he was there to shoot for his documentary. The Story of God.

Okay I'm shook. If Morgan Freeman is a shia its game over, we won, god on earth is a shia. https://t.co/Ac3tkmUoJq

5. When Morgan Freeman chills at a mosque.

Here is Morgan Freeman chilling at a mosque. Kind of lost.

Do we not? Yes we do. How amazing it’d be to listen to Morgan Freeman narrating the incident of Karbala.

I want to hear some Morgan Freeman supplication audio. pic.twitter.com/tnWPh38ZYN

7. Well some thought quite differently.

Iraq. Yes. Then he attended the juloos and did matam.

Morgan Freeman in a #Muharram1438 procession in Iraq to mourn #ImamHussain pic.twitter.com/6xxx8somUI

8. His new name is Mehmood.

Do you have some more Shia Muslim name suggestions for him? Drop them below in the comments.

So Morgan Freeman attending a shia gathering in a mosque in London came to all of us a shock. May Allah bless brother Morgan.

Here’s How Madonna, the Queen of Pop, Killed Sharmeen Obaid Chinoy In Honor Killing
Redefining Success: Karbala and Its Legacy For The Muslim Youth Today
To Top