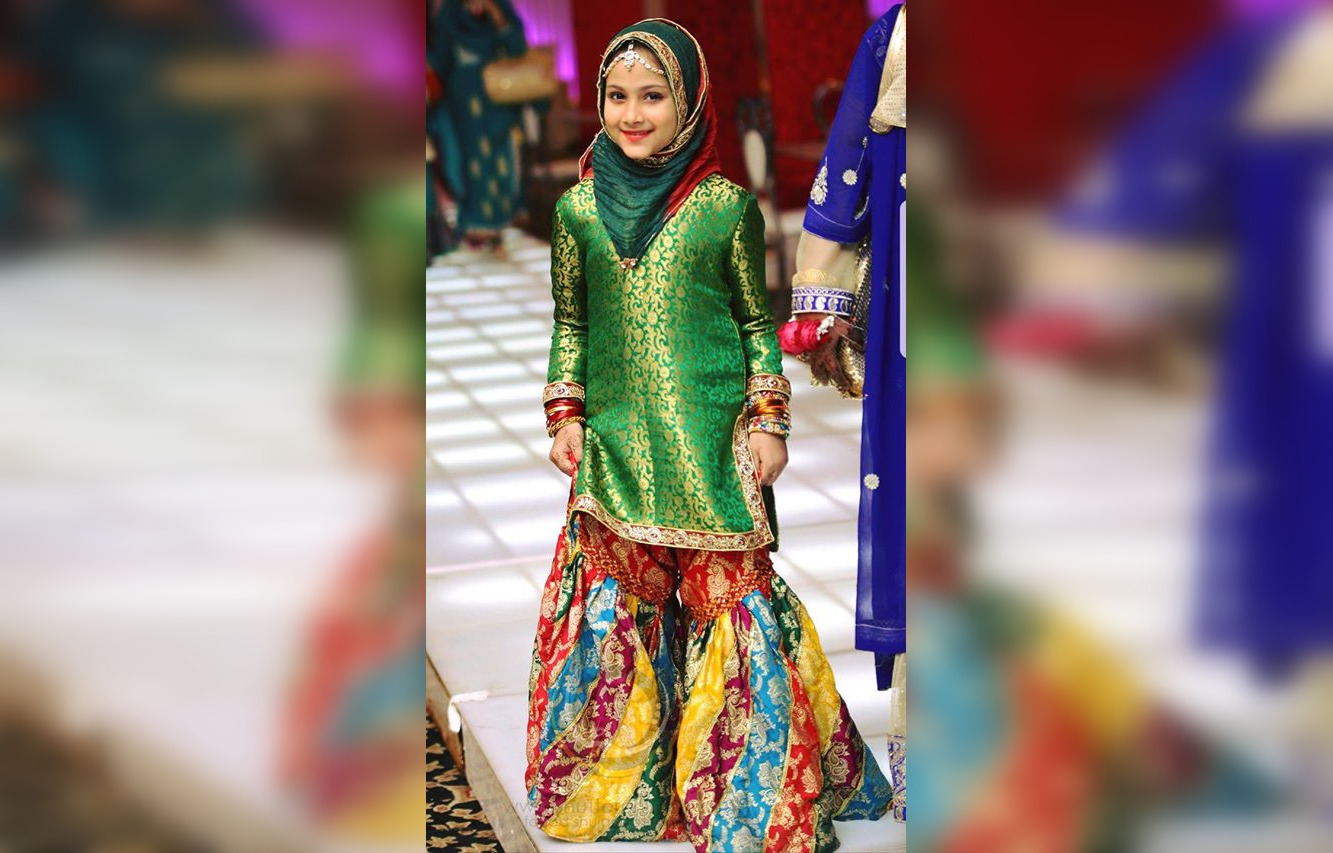 One of the many ways people mostly die on earth is road accidents. According to World Health Organization (WHO), around 1.3 million people die from road accidents each year in the whole wide world. These are alarming statistics considering there has been mass awareness about driving regulations and traffic rules. However, some people do not learn a lesson until a tragedy incurs at the expense of their negligence. We continue to come across traffic accidents resulting in fatal casualties which call for increasingly more awareness and a presumption of strict rules.

Considering this, road accidents are easily one of the biggest fears of people commuting on a daily basis. Ask the people who have survived and ask those who have lost their loved ones in road accidents. People who recklessly speed and roughly drive need to certainly keep it in the forefront of their minds that their antics can cause a heap of damage, just as it did to a girl, Moomil Jaffri and her family following her demise.

This person wrote the following account on this little girl’s death, which is certainly a tear-jerker

This is the story of 9-year old Moomil Jaffri. You do not know her, I am sure. The fact is, I do not know her too, never met her, didn’t even know she existed before 20th May 2017. The only thing I still know about her is that she was a relative of a junior of mine, and that junior I might have hardly met for more than 2 minutes in my life. So why am I writing her story? Because I have to and because she deserves to be known, even for a short period of time.

So, here is the story. But wait, let me make it YOUR story. Let me ask you to imagine; Imagine yourself as a parent; imagine having a 9-year old daughter. That is 9 years of sleepless nights, worries, joy for every milestone achieved, happy moments, memories and above all, 9 years of prayers, for her to have a good life ahead. Imagine seeing a daughter growing from a baby into a young girl on the verge of exploring the world, with a naughty grin and a shine in the eyes that is the hallmark of creative minds and noble hearts. Imagine this little angel calling you ‘Mom’ and ‘Dad’. Imagine being her mother and seeing her as a friend who would be your gossip partner in just a few years; imagine being her father and seeing her make her first cup of tasteless tea for you, that was sweeter than anything you have ever tasted. I don’t think it is easy to not love such a daughter.

Now imagine you taking all your children, in a rickshaw on Teen-Hatti bridge on 19th May 2017. All your children are making your life tough, through their never-ending, yet innocent mischief. All of a sudden, due to reasons unknown, a Suzuki car coming in opposite traffic decides to overtake its preceding cars, and sway into the incoming traffic, the lane where the rickshaw carrying you and your kids is moving in. Imagine those few seconds before the collision between your rickshaw and the Suzuki that is coming the wrong way, when everything slows down, where instead of caring about your well-being, you simply try to protect your children from an accident which you wish wouldn’t happen but happens. Imagine watching the rickshaw turn and hit the low border of Teen-Hatti bridge, and all your children falling out of the rickshaw on the road…all but one. Imagine watching in horror as Moomil gets thrown out of the other side of the rickshaw, stumbles over the wall of the bridge, and plunges 50 or so feet down, just like that. Imagine the feeling of helplessness, the feeling of hoping against all hopes, of praying and trying to rid your mind of all the negative thoughts as you rush down to see your baby. Imagine seeing her lying there, not moving while you call her name. Imagine watching as she is rushed to a hospital, and put on a ventilator and being told all about her broken bones and bleeding inside the skull and everything you never wanted to know. Imagine being her father, and receiving a call telling you all you have read, and till the last moment thinking of it as some cruel joke…praying for it to be some cruel joke. Imagine watching your baby girl put on all those machines, while you get caught between a state of hope and despair, waiting for a miracle and dreading something unimaginable at the same time. Imagine praying for her life so much that you have become a prayer from head-to-toe, and at that point, nothing else matters but how you want the whole world to pray with you.

Do you know how you feel your heart in your throat every time a doctor walks out of the ICU and calls your name? If you don’t, pray that you don’t have to. But just imagine that one day when the doctors tell you that your little angel has returned to her maker, and won’t wake up now. What do you do? What can you do? There is too much left unsaid, so many hugs and kisses that will not be, so many joyous moments that would not come, no matter how much you wait. Imagine watching her little body lifted by men to be taken to a place no one comes back from. Imagine being the father who has to cover that little grave with his own hands; aren’t these the same hands that lifted the same body, as that of a newborn, 9 short years back? Don’t you wish it was all a dream? Don’t you wish it was the other way round; that you would have gone and she would have stayed?

But the story doesn’t end here. Now imagine being the driver of the Suzuki, who decided to overtake a car for the sake of it, on a bridge with one lane for you only, and becoming a cause of a life lost? Had you known that you are going to kill a little girl, would you still do it? I am quite sure you would not, but you did, despite being told since you took the wheel that it’s against the law, and it’s dangerous. Despite knowing that it’s illegal to drive on a wrong way you did it. Why? Because you believed that nothing bad would happen as long as you are driving…because, it’s YOU; the special one, the chosen one, the most important person around whom the universe moves, the hero of every story, the person destined for greatness and glory. Did you know that losing a child is an experience so painful that there is a word for a child who loses a parent, (‘Orphan’), but there is no word for a parent who loses a child, and you have created such parents, just because of your ignorance and disregard for the law and the human life.

Now I know you might be asking about why the government did not care to build higher shoulders of the bridge, or why the government did not care to install secure partitions for the traffics flowing in opposite directions? The answer is simple: The government does not care. But if you are the person responsible for taking aforementioned steps but decided that the money for that is better on your bank account than being spent on useless creatures called ‘Common people’, let me ask you this: “Is this money worth making a parent lose her child? Is it worth facing her on the day of judgment and having to answer that simple question, both from the girl and her God: “Why?”? Is it worth spending an eternity of unimaginable torture after you reach where Moomil is?” If the answer is yes, I suggest you enjoy the few years left of your life well, because this might be the only enjoyment you will ever have!

The girl’s story might not be remembered always. The only people remembering her till their last breath would be her parents. Hell, even I might be posting some funny memes or hilarious posts after I am done writing these lines. But please, for the sake of all that you hold dear, remember the lessons this story gives: Respect the law even if no one is watching; you might fool the whole system even after risking the loss of lives and property by breaking the law, but there is another system NO ONE can fool, and you are not evading THAT. Think of every life as precious enough to not lay waste just to save a few seconds of your time; nothing is worth taking a child from its parents or parents from their children. And love and pray for everyone around you, unconditionally, with all their weaknesses and strengths, all the time…because we don’t know when we may (God forbid) lose them!

The story is indeed heartbreaking and certainly entails an important lesson for our society. This person perfectly described how must the people who suffer from the loss of their loved ones, especially children. Rest In Peace Moomil, and we pray for the strength of the family for recovering from the sad demise of their girl.