The Netflix show Money Heist has had fans on their feet because of its intriguing and captivating story line. It achieved enough attention for a third season to be released as well. Moreover, the success of the newest season is considerably huge, proving that the show will always remain a dire hit for Netflix viewers!

Recently, the second episode of the season started to gain views from Pakistan because of the sudden reference towards the country. The show displayed a scene where the characters talk about 65 members from Islamabad that are assisting the team and the Professor to win the crisis. 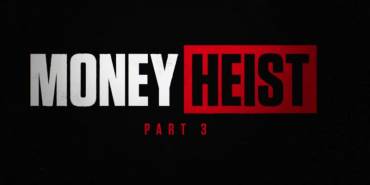 The scene went on like this, “With money to invest in R&D, you can achieve wonderful things. 3 weeks prior to the heist, we were inside both the CNI’s and the police’s mobile phone apps like WhatsApp,” then continued on to mention the Pakistanis working for the team, “We can activate their microphones, cameras, and GPS. It took less than an hour to take over the defense staff’s telecommunications. The work Rio used to do was now done by 65 Pakistanis. They are geniuses, thanks to them, we had access to everything.”

Pakistani Twitter went absolutely crazy over the reference and expressed its love towards the show. Not to mention, this seemed like a positive outlook on Pakistani people especially after the negative portrayal of the country within many such Netflix shows. However, some believed that the scene showed Pakistanis in a rather stereotypical light.

So, the work shown in the scene is related to ‘telecommunication’ while the Pakistani members were called off as ‘geniuses’ for it. It is a common stereotype for most South Asian people, especially Indians and Pakistanis. This is because they tend to excel in telecommunication or engineering. Quite similar to the stereotypes that Eastern Asian people face, where they are considered as intelligent just because they are ‘Asian’. Moreover, people have been saying that the reference is somewhat positive as for once Pakistan isn’t a terrorist nation. Still, showing that people from third-world countries are always excelling in telecom or tech-related topics, is stereotypical and damaging. 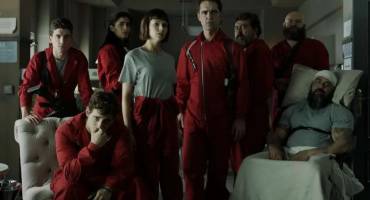 However, this narrative isn’t followed by the majority because Pakistani Twitter is seeing Money Heist’s season three in an optimistic light after the scene. Many have even started to compliment the series and its initiative of including the country.

Here are some of the tweets that reflect the overall hype Pakistan created over the scene:

As usual, people couldn’t believe that a show having no connection with Pakistan would mention the country, “Pakistan made it into Money Heist The genius computer scientists from Islamabad. Thank you for acknowledging the talent Professor!”

Pakistan made it into #MoneyHeist The genius computer scientists from Islamabad. Thank you for acknowledging the talent Professor.😂   #LaCasaDePapel3

Apparently, this user believes that the series could do better, “Money Heist team are fond of Pakistani hackers. Although still hoping to see something positive about Pakistan in these random series”

Money Heist team are fond of Pakistani hackers 😛 Although still hoping to see something positive about Pakistan in these random series.

What do you think of the situation? Did you believe that the reference was funny and positive or did it seem stereotypical in a damaging way? Share your thoughts.

This Man From Balochistan Is On A Mission to Save Pakistan’s National Animal ‘Markhor’ And The Govt Is Not Helping!
Mohsin Abbas Haider’s Wife Fatema Sohail Accuses Him Of Domestic Abuse!
To Top