One of the most-loved and most-watched Netflix series Money Heist dropped its fourth season earlier this year. The on-point twists and turns were as always, well-received by the fans and eventually, it was a huge success.

Time to time we have seen fans and followers making their own list of Asian actors that can be fit in Money Heist roles. Previously, on-demand, we also prepared a list of what it would be like if Pakistani politicians those roles. Now, leave all that as recently, the talented director of Money Heist has made his picks from Bollywood that he thinks can pull-off the characters.

Apparently, there is no Hindi feature of the globally recognized show in the works as everybody knows, it will be ruined. As per the details, Alex Rodrigo, the director of Money Heist recently appeared in a YouTube interview. Initially, starting with sharing the efforts the whole cast and crew have put in, he then went onto lining up a desi cast for the Spanish series. 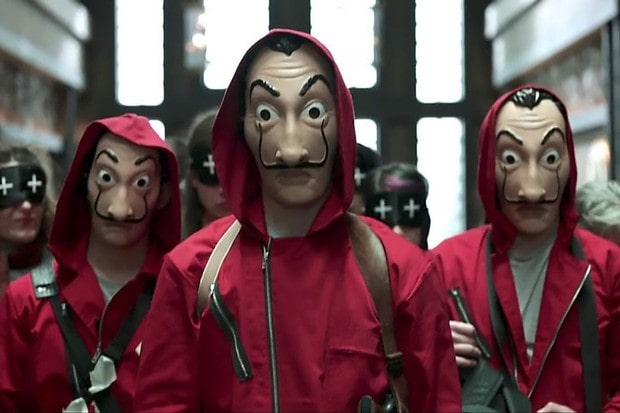 Moving on, the host then asked Alex Rodrigo what if Money Heist was made in India, which actors would you choose? Since Rodrigo isn’t familiar with Indian celebrities, he was then shown pictures to assign the roles, accordingly. Among others, the recent viral video of Ayushmann Khurrana playing piano and wishing to play the role of El Profesor was also shown to him.

Looking at it, Alex Rodrigo said, ”The glasses, the movement. He (Ayushmann Khurrana) will be perfect for the role of El Profesor.” Apart from Khurranna, Rodrigo also chose Tamil actor Vijay as Profesor because of the resemblance. Not only this, but the director also picked other Bollywood actors for the other characters of Money Heist. 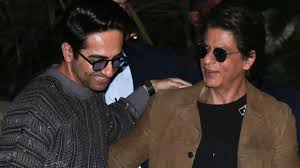 Rodrigo picked Shah Rukh Khan as Berlin, Ranveer Singh as Denver, Surya as Suarez, Mahesh Babu as Tamayo, and Ajith Kumar as Bogota. Well, based on the facial features and character resemblance, he didn’t totally pick the wrong ones. Further, Alex Rodrigo stated, ”I have a friend, who is an Indian actress, Usha Jadhav. She told me about the phenomenon in India, and all I can say is thank you.”

On the same topic, earlier, Ajay Jethi, who played the role of Pakistani hacker, Shakir in Money Heist season 4 also made his pick. He said, ”Ayushmann Khurrana is a good actor, he’s struggled hard to be where he is. But the first name that comes to mind when I think of The Profesor; I think Irrfan Khan would have taken it to another level.”