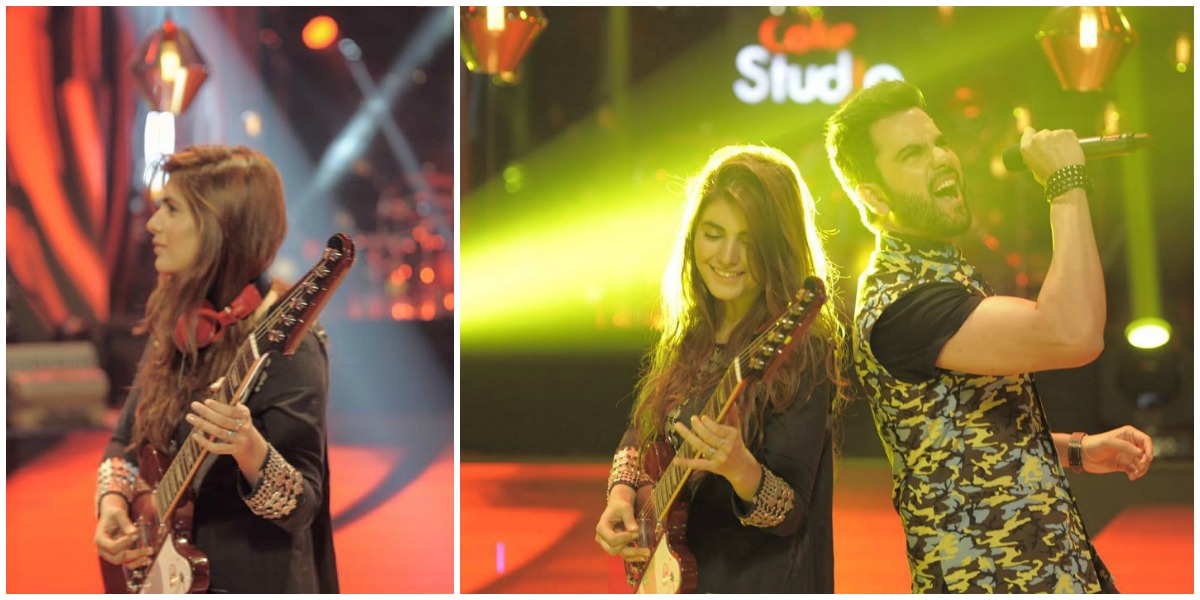 The moment that all Pakistani men have been waiting for and all Pakistani women were dreading of since the first episode of Coke Studio’s ninth season, is finally here! We finally got another installment of Momina Mustehsan on the platform. This time, she was featured alongside Junaid Khan with their song “Main Raasta” and what a sight (and sound) it was! I’m sure many guys wish they were Junaid Khan.

The Song Was Everything Coke Studio and Momina Needed

Main Raasta brings a fresh sound not only when it comes to the composition but also when you consider the harmonious intermingling of the vocal quality of both the singers. It will prove to be not only the one thing that this season of Coke Studio needed to reclaim it’s position in people’s hearts but also Momina’s chance to show her versatility and strengths. And we think that she has done that well.

Momina made her debut with Rahat Fateh Ali Khan Sahab and made huge waves on the internet. People were churning out memes that praised her beauty. The internet was abuzz with praises to her voice and singing talent.

The massive level of appreciation also brought with it, a massive and unconditional hate. People, specially the collective women fraternity, was tired of the attention she was getting. This song was her moment to prove her haters wrong and her fans right; that she is not just a pretty looker but also a strong vocalist. And we think that she managed to prove that right!

This guy was totally head over boots for her

They can’t stop raving about her playing the guitar!

This guy knows what’s up

Some of them criticized the song

O boy!! Wat a talented lady @MominaMustehsan but wasted in this song. @cokestudio get ur act together https://t.co/yNF4JMl34q

While others thought it was perfect

The summer anthem that came too late! @MominaMustehsan on ??? as always! https://t.co/P8cnoSC5zz

Uplifting, Energetic and a Powerful number by @MominaMustehsan #MainRaasta Proud of you! Wishing you more success 🙂 #CokeStudio9

Main Rasta is a beautiful song. Love Junaid Khan, Momina’s voice is so beautiful and Noori, needless to mention their brilliance. Beautiful.

Not everyone was loving it though..

Main Raasta,Momina Mustehsan
Its like when expecting you will be served with briyani and got tinday instead. #disappointed #CokeStudio9

Those who were searching for @MominaMustehsan worst singing proof. Have an ear on *Main Rasta*#NoiseCollection#CokeStudio9

..And this guy knew exactly why!

She has it all figured out. Next stop : Cure for cancer

What did you guys think of the performance? Let us know!