Before we begin, let’s take a moment to breathe a sigh of relief. The epic rumble on Twitter between Momina Mustehsan and Danyal Zafar which engrossed us all in the past days has finally been laid to rest. 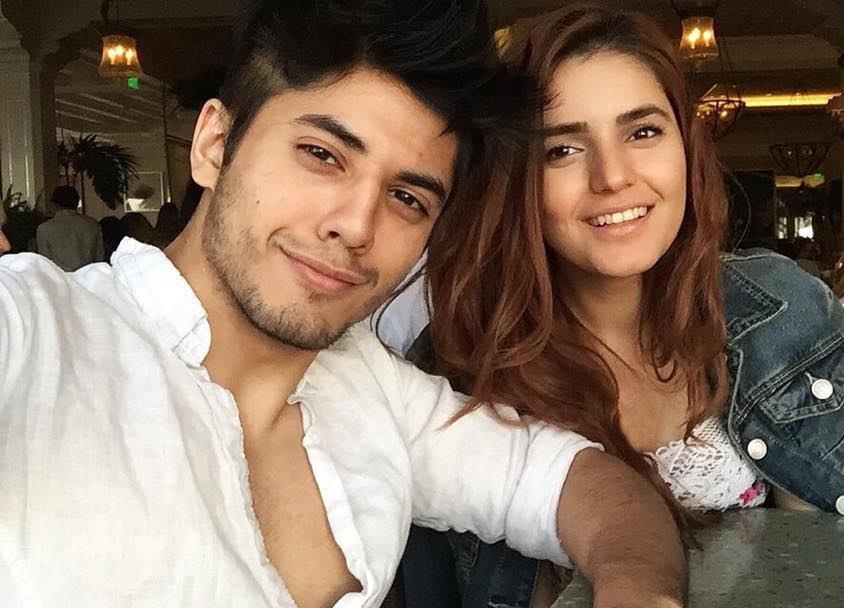 Recently, Momina and Danyal together made a lot of noise on Twitter which involved so many people. But if you don’t have any background on the story, make sure you don’t miss it here.

The Twitter War between Momina and Danyal captivated our attention…

For Danyal Zafar, it was non-desi food.

Had too much desi food this Eid – going to grill some burgers today. #DesiNoMore

But Momina Mustehsan jumped in and she rather fancies it otherwise.

@DanZafOfficial Nah dude, there is no such thing as ‘too much desi food’! Current mood: Seekh Kebab!? #DesiRocks

The million dollar question – whose side should we take? Desi food is matchless in taste. While all the rest does have a rich assortment of ingredients you cannot find in other options. Keeping that in mind, it was hard to take sides with either Momina Mustehsan or Danyal Zafar but apparently, people did…

Reality check: we needed a middle ground. A settlement. Something that could work well with both. It turns out, they have settled for something and there’s a twist in the tale.

Momina and Danyal agreed to something really different which excites us!

Time for a truce! What do you say? ?? @MominaMustehsan

Haha sure. What do you think about a Chapli Kabab Burger ??!! #FusionFood

Fusion of food? How could that be possible?

So, the remarkable twist Momina Mustehsan and Danyal Zafar have taken is the fusion between both. Yes, guys, blending both the extremes! Keeping that in mind, how does meat balls on Pizza sound to you? Exciting? It’s surely interesting how the fusion recipe is going to turn out.

Pakistanis have followed suit and this is what they think about it:

And it’s a perfectly thin crust!

Wait, is a french omelette with a paratha a #FusionFood ? HELL YEAH! pic.twitter.com/hV5i0ywsTH

Nutella Naan is the best thing happened to #FusionFood

What in the world is that?

Me and sister @FammaMalik have agreed upon #FusionFood for our next catch up session, no desi no non desi juzz some great fusion food! pic.twitter.com/cTIRFf6y3B

I, hands down, ship it. #FusionFood

Hey bhabi @iamShaniera
Since you had Desi and non Desi food both, would you like to share your favorite #FusionFood that you had and liked?

All this food talk is making me hungry. Now, I can easily make up my mind for anything, to say the least. What do you guys think about the fusion of desi and non-desi food?

Friends Tricked This Poor Man Into Marrying A Transgender And Robbed Him Too!
This Pakistani Institute Stole the Show by Securing 148 Top Positions in Intermediate Results!
To Top