Momina Mustehsan Thinks Ali Zafar Should Apologize To Meesha Shafi For His Actions!

The controversy that has stirred up a storm on social media, has attracted a lot of attention from across the country and from those who live abroad. Yes, we’re talking about Meesha Shafi’s harassment allegations against Ali Zafar.

While the internet remains divided on who seems to be wrong and who might be right, a lot of celebrities have also presented their take on the incident. One of them is starlet Momina Mustehsan, who is siding with Meesha Shafi in her claims against the international singer. “I too have been a subject of harassment, and this issue is bigger than just that of Ali Zafar. This is about the relationship of trust that men take granted with women. Very often, as we can see, women are violated by the very men they know, trust and often work with. It takes a lot to gather the courage to come out and say this, and it is my fervent hope that people will see that saying this is very difficult for any women…..

I have been reading one question frequently, “why wait so long before saying anything?” and the answer to that is, it’s because rather than shame the perpetrator, society at large trends to shame the victim. There is also immense social pressure to not say anything and keep matters like this private because some people may immediately question the woman’s character… “

#MeToo needs a response #ImSorry from the offenders. Nothing will change until they acknowledge, take responsibility and make amends. pic.twitter.com/sphI1c1agT

Momina Mustehsan further went on to say that she thinks Ali Zafar should apologize to Meesha Shafi, regardless of what has happened. She said: “I would want to ask @AliZafarSays and all other men one question: do you think you have EVER, knowingly or unknowingly violated a woman in any way or form? If you have (no one is angel) I request you to acknowledge your fault, apologize unconditionally, learn from mistakes, and become better human beings!” 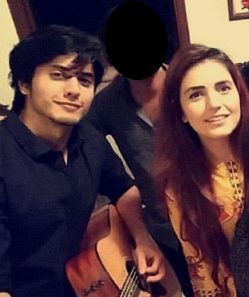 People responded differently to Momina Mustehsan’s statement on the issue, here’s what they said

you hve made very good logical points but you mised one important point that is that God has made a man incomplete without a women always men wil be atracted towards women its a natural phenomena but in harasment 90 % fault lies with the women they incites smehow the men on it.

Why you had to put it up on Twitter ?
You could’ve asked Daniyal .
Now I don’t want you to say after 5years that Daniyal Harassed you .
?

This is a generic paragraph which says men or anyone should say sorry by accepting but its not some unconditional sorry, here you are aksing to say sorry in response to serious allegations placed by Meesha Shafi and replying sorry by Ali Zafar means he accepts it.

Correction, PUBLICITY is the reason! Its not something that you would want to ‘speak up’ over social media. If any of them were serious, they could have went to court silently to preserve their dignity but no, who doesn’t want to cash it by reaching among top trends.

Meesha Shafi Finally Reveals What Actually Happened Between Her And Ali Zafar
Armeena Khan Opens Up About Being Sexually Harassed While Wearing a Burka!
To Top