This 'Molvi' Committed A Henious Act With A Child Whilst Teaching Qaeda!

Pakistan has been taken over by a plague that is too grave to be put into words. Ignorance is a dangerous thing and one that suffers from it can easily be taken advantage of. Unfortunately, even Islam has been used by the sick-minded men guised as Maulvis, Peer, Maulanas and what not.

But then again, religion has been a tool for many, used to carry out ulterior motives; be it political or otherwise. However, nothing compares to physically violating women and children in the name of religion just to satisfy one’s perversion. Such crimes have been on the rise and mostly happen right under our noses. 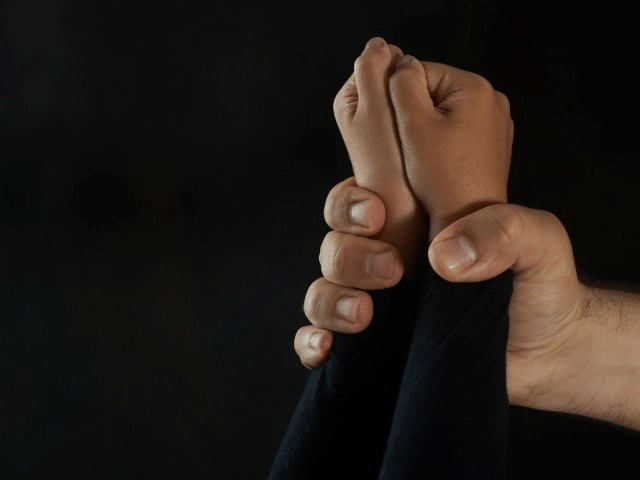 These people can be the qaris that come to your house teaching Quran to your children. In this time and age, one has to be careful and not believe the appearances right away. Considering the plethora of rape and molestation cases involving maulvis as the culprits, child-safety should be the top priority. This hidden-cam video is an eye-opener to what might be happening with your child. However, due to its obscenity, only blurred pictures are included.

A maulvi keeps touching himself sitting right next to the child but then what he does next is even more heinous. 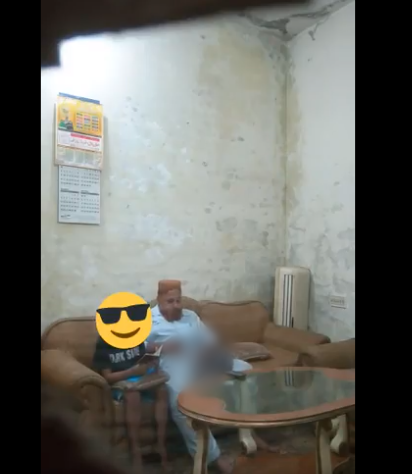 First things first, there should be a rule to never leave your child alone with anyone. Sadly, not even with close male relatives. Maulvis have garnered a bad reputation that is solely because of their own crimes; child-molestation, rape, and abuse are carried out by these sick-minded lunatics that get-away with it because of their ‘religious persona’. 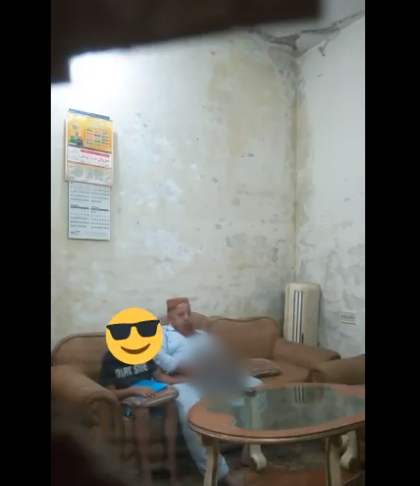 It is high time children are taught about the good and the bad touch. Moreover, campaigns should be carried out across Pakistan, especially in remote areas that should invite all parents to teach them about such people that take advantage of parent’s trust, ruining the lives of their children. In the above picture, the qari keeps touching himself and then takes the hand of the child and forces it do the disgusting act. Sickening!

Sadly, not everyone has access to the internet and not everyone knows how to utilize such resources. Hence, these fake peers and maulvis take over a small village claiming to be god-sent and instead of spreading the word of Allah, they brainwash the crowd into believing the nonsense that only benefits them. So, it is important that genuine religious institutes (if any) or the Pakistani government should instantly set out awareness drives making sure such animals are kept at bay.

Why? Since this could be one step towards preventing child-abuse cases in Pakistan. Looking back to Kasur incidents, one can deduce how the law enforcement agencies have failed to catch the criminals, that roam free to this date. So, prevention is better and the safest option. Parents should keep a watchful eye over these men pretending to be enlightened by the words of Allah.