In the recent celebrity talk, Mohsin Abbas Haider and his wife Fatema Sohail has become the most controversial faces of Pakistani media. At first, when Fatema’s Facebook post made rounds on social media, Pakistanis were quick to judge Mohsin’s character. A press conference was then held by the “Meri Guriya” star to clear the doubts in people’s minds. In that presser, Mohsin had constantly kept his hand on the Holy Quran denying all allegations made on him by his wife and to prove his innocence. 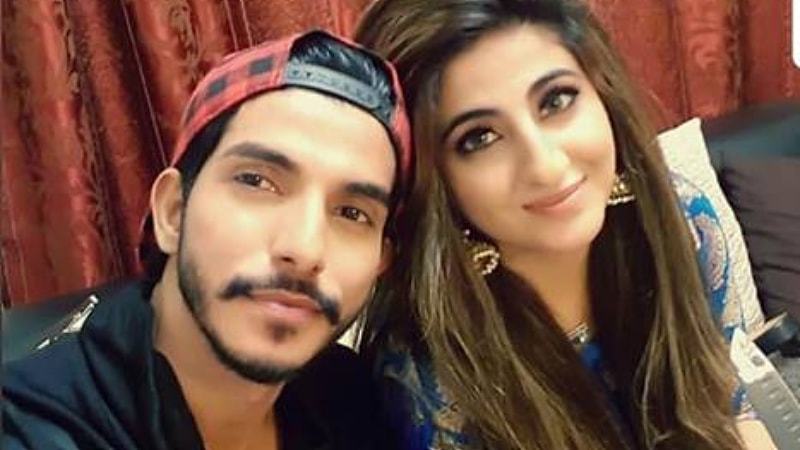 Following that press conference, Mohsin Abbas Haider’s wife Fatema Sohail also called on a press conference at her place to prove herself innocent in front of the media. The Holy Quran was used by Fatema too to make things believable and more dirt was thrown on Mohsin. This approach of holding the Holy Quran in one hand to showcase your trueness stirred a new dimension in the case.

After both husband and wife used the Holy Quran to prove each other wrong, several media publishers have now decided to not provide any more media coverage in Mohsin and Fatema case. The Holy Quran has its own religious significance and to use the Holy book for every other petty issue is unacceptable. No more fake stories regarding Mohsin Abbas Haider and wife Fatema Sohail will be seen on social media.

This page boycotted further proceedings in Mohsin Fatema case after both used the Holy Quran to back their claims!

BANNED: Since both the parties are using Quran to back their claims against each other, we have decided to boycott their press conferences and court proceedings. We believe this is not right and hence, we will not be reporting any of their news from now onwards. Period. #MohsinAbbasHaider #FatimaSohail

This platform won’t be covering any more news in the case. They announced it on their Facebook and Instagram accounts!

From now we have decided to stop posting further updates regarding #MohsinAbbasHaider and his wife #FatemaSohail dispute. 🙏

This well-known news publishing company banned both the parties and will not provide any media coverage to them from now!

Check out: Model Nazish Jahangir Replies To Allegations Of Affair With Mohsin Abbas Haider & She Is Very Angry!

Now everyone’s confused and stuck in ‘who to believe’ scenario as the parties have brought a sacred book in the case. The decision to ban them from any sort of media coverage is appreciable. Not just Mohsin and his wife but every Muslim should avoid using the Holy Quran to prove themselves true no matter who is right or wrong. Both, Mohsin and Fatema should also read the Holy Quran and seek guidance from it instead of misusing it.

India Willing To Bow On Kashmir Issue And Decide A Solution, Claims US President Trump!
Here’s What Every Pakistani Should Do In Summer Vacations To Save Themselves From Boredom!
To Top