Mohsin Abbas Haider's Video Message After His Worrying Post Gave Us Some 'Tassalli' And It Will Touch You Heart! 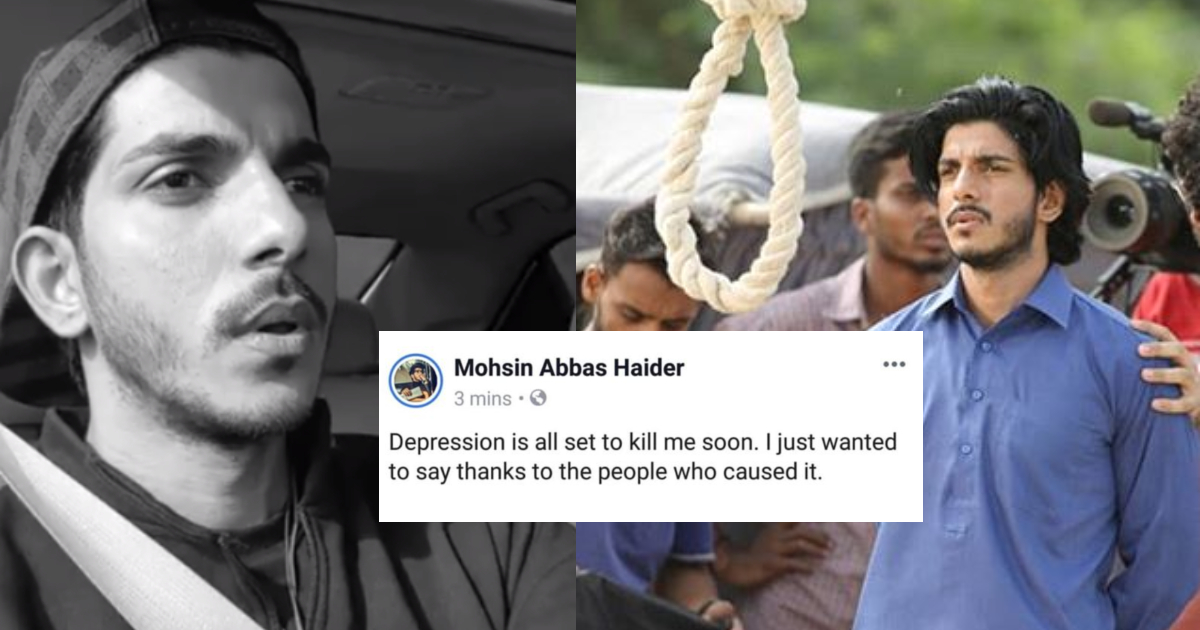 We have seen so many diseases that take person’s life without even appearing on the surface. Such diseases are fatal like that, they leave the person breathless and after that, the doctor’s are able to diagnose that monster much later.

These are the diseases that attack a person’s body, but then there are other diseases which do not appear on the body to be seen through the naked human eye; depression is one!

Mental health is something people have been neglecting for so long. All this time people were negligent with the effects of depression, linked depression with general sadness. But, depression is a lot different than sadness. A vast majority thinks that depression erupts when the patient had some experience of loss. But it is not related to any loss at all. Anyone in any phase of life and with the most lavish lifestyle can have depression.

But what shocked people more was Mohsin’s this tweet! 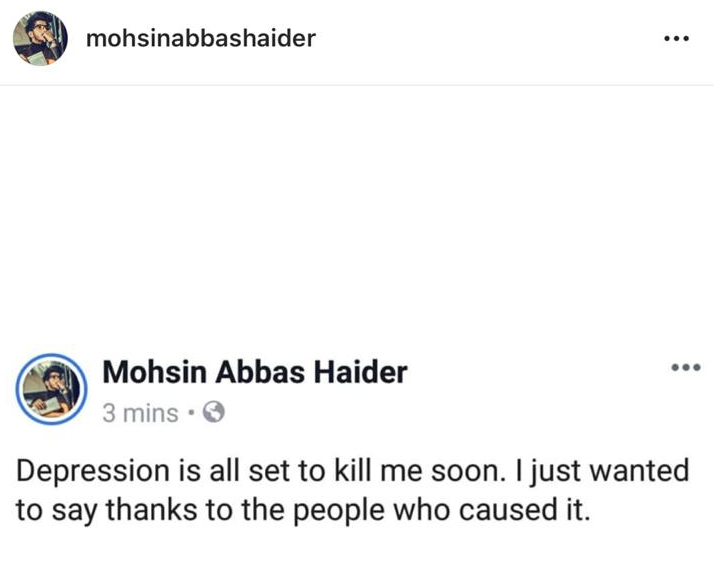 Yes, Moshin was vocal about his diseases, he said it out on a public platform. Not just once, but many times, but this tweet made people worry about his wellness.

So, we asked people to reach out to him, pour some love in his dms and bombard him with love comments. Let him know that he matters and that the world appreciates him!

Here’s his response after all the people who reached out to him!

He’s so talented that people pour their heart out to him!

He’s one of those multi-talented people who does not jump in everything that’s trending but know how to put your soul into your work. Be it singing, acting, or hosting he’s good in everything, not just average but really good!

Moshin has done so many Pakistani movies and so many of his drama serials have won people’s heart. Moshin was happily married and had a son who he dearly loved but unfortunately, the baby left the world too soon. Mohsin was very affected by this incident and his marriage ended.

His fans have always been there for him, in his good times and in his worst times. Recently, Moshin’s body transformation was making rounds all over the internet, he changed the way he looked completely.

We always cure the internet for how gruesome this place can be sometimes, people are very mean and rude when they comment. But this it proved to be so good that all the love that people sent to Moshin’s way was just beyond amazing.

Do you know someone who’s going through the same mental illness? Maybe show them some love and care, they’ll heal with time.

Let us know the stories of your own in the comments below!