Mohsin Abbas Haider’s wife Fatema Sohail just posted a message on Facebook talking about the abuse that he let her through. Abbas is famous for his appearance as a DJ within a show named ‘Mazaaq Raat’. He belongs to the category of popular Pakistani celebrities yet his career will be seeing a downfall just as significant.

The Evidence And Background For The Claim:

Sohail mentions that she had caught her husband cheating on her in late 2018. However, that wasn’t the only twisted thing within her story. She continues on to reveal that after asking her husband over the matter, he started to beat and drag her across the floor. Moreover, she was pregnant at the time and feared for her unborn child’s safety while withstanding the constant domestic abuse. 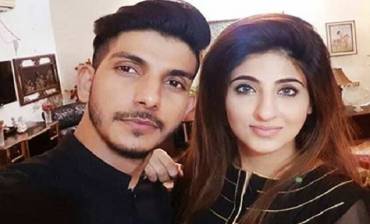 This isn’t the first time that women have come forward with such accusations. Not to mention, this shows how deeply negative and toxic the people within the entertainment industries can be. The distressing part of it all is the fact that Sohail had to include pictures of her scars, marks, and bruised face. Even though, the issue must have been difficult to out to the public, yet to show solid proof she had to display her bruises. Despite heavily claiming that Abbas is certainly a domestic abuser and mentioning “there is a limit to put a full stop” people are still skeptical of her accusations.

Many commented on her post addressing that there are two sides to the story. They seem to open the possibility that Abbas could be ‘right’ or that he has room to defend himself. People are even going far enough to say that her bruises looked fake; claiming that she simply seeks attention. However, most of the women that have raised their voice against the abuser do so knowing the consequences. Often, they barely receive the fame that people believe they would collect through ‘lying’. Nevertheless, it seems that she wants the title of Mohsin Abbas’s wife to leave her life as soon as possible.

Here is an excerpt from her post, which talks about the reckless behavior of Abbas towards his family, “Mohsin visited after 2 days of delivery just to take images and gain some publicity. He did not bother to check on his son. It was only a drama for social appreciation. Now I had Enough! I am posting this to tell this to all girls! Look at me!”

Sohail had been beaten so badly that she had to rush to the hospital. Moreover, she mentions that she was concerned for her baby. But an ultrasound revealed that it was safe. Once again, this shows the dark side of these Pakistani celebrities that the country tends to trust so much.

People are still somehow waiting for the other side’s story, but would Abbas be able to defend himself in front of such heavy claims? This case is going to continue for long. However, the first is to include Sohail in our thoughts and prayers!

Within a recent interview, Abbas said that he gets angry quite quickly and in an extremely dangerous way. First, the host asked him regarding the situations he tends to get angry at. Abbas replied as, “When someone disturbs my privacy”. Now, looking back at this case, he abused his wife after she asked him whether he had been cheating on her. He considered that as an invasion of his privacy and hence, ‘got angry’.

As the interview processes further, he mentions that he tends to badmouth when he gets mad. To top it all off, he also said, “Mera ghussa karne ka andaz bohat jahilana hai” which thoroughly connects with the story provided by his wife.

After all such evidence and claims shining right before the audience, why would anyone still refuse to believe the victim?

To have further insight on the issue along with the detailed pictures, look at the original post:

What do you think of the situation? Will you be cancelling Mohsin Abbas Haider or wait for the other sides story? Share your thoughts.

Money Heist’s Season Three Has A Pakistan Reference And Social Media Is Going Insane!
Mohsin Abbas Haider Will Prove Innocence With Proof After His Wife Laid Allegations Of Physical Abuse!
To Top