Mohsin Abbas Haider Will Prove Innocence With Proof After His Wife Laid Allegations Of Physical Abuse!

In the ongoing heat between the “Na Maloom Afraad” star Mohsin Abbas Haider and his wife Fatema Sohail, people are taking Fatema’s side more because of enough proofing presented. Some were even waiting to hear Mohisn’s side of the story. Just recently, Mohsin spoke up against the allegations made on him by his wife saying that he’ll be addressing a press conference with proper proofs soon. 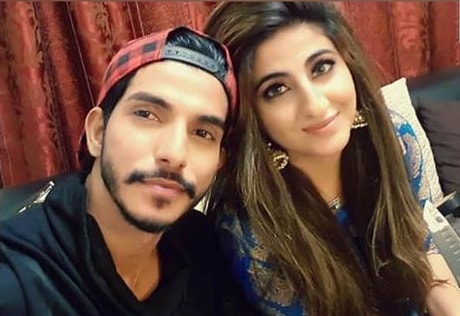 Also read: Mohsin Abbas Haider’s Video Message After His Worrying Post Gave Us Some Tassalli And It Will Touch You Heart!

“I’ll definitely come out with my truth. I’m happy, she did this. I was waiting for this for so long. I’ll now open up with the truth in front of the public, along with the proofs. I will tell the world what happened in our relationship for three years. But I’m happy that this toxic relationship will leave her and me soon.”

For those who have no idea about the matter, the multitalented actor and singer Mohsin Abbas Haider’s wife Fatema Sohail created a post on her Facebook yesterday. She accused Mohsin of cheating on her with an upcoming model and that he beat her while she was pregnant and attached here bruised pictures with it too. The post has then created chaos among the actor’s admirers and followers and has managed to grip a strong hype.

This is what Mohsin’s wife Fatema Sohail posted on Facebook!

I am Fatima. Wife of Mohsin Abbas Haider & here is my story.

On 26th Nov 2018, I caught my husband cheating. When I confronted him, instead of being embarrassed he started Beating me. I was pregnant at that time!
He pulled me from hair, dragged me on the floor, kicked me several times, punched me on face & threw me on the wall.

I was brutally beaten by my husband. My caretaker!
Traumatized me contacted a friend instead of family & was rushed to the hospital.
The doctor initially refused to do checkup as it was a police case. I needed some time to digest the shock & not file a complaint.
I was able to get my ultrasound where the sigh of relief was that my baby was not harmed! 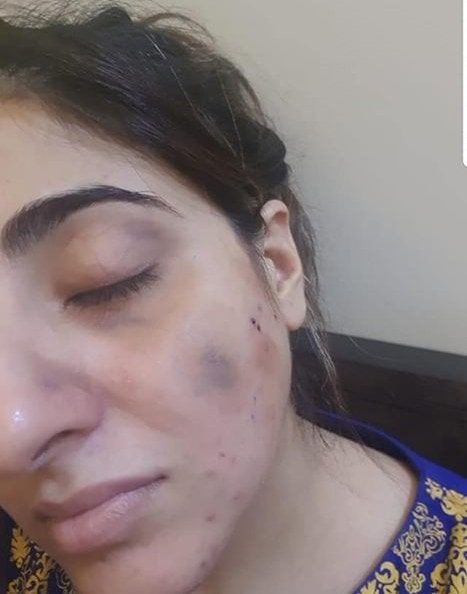 Societal Pressure or my own confidence. I do not know what ..but I decided to make my marriage work for my own child.

On 20th May 2019 I was blessed with a beautiful boy.
I had surgery due to complication.
While I was in operation theater in Lahore, my husband was in Karachi sleeping with his GF, Nazish Jehangir, an emerging model/actor.
He later posts depressing statuses to get public attention.

My family stood with me but my better half chose not to.

Mohsin visited after 2 days of delivery just to take images and gain some publicity.

He did not bother to check on his son. It was only a drama for social appreciation.

On 17th July, I went to Mohsin’s Home & asked him to take our son’s responsibility where he started beating me again! He refused to do anything for his son!

Now I had Enough!

I am posting this to tell this to all girls! Look at me!

Societal Pressure or not but there is a limit to put a full stop!
No 1 else will do it except us for ourselves.

I have no idea how I will raise my child on my own …but I know Allah will help me!

Truth Told! Now I will see you in court, Mr. Mohsin!”

Check out: Mohsin Abbas Haider Recites A Sad Poem That He Wrote At His Daughter’s Birth

People are now waiting for Mohsin to prove his innocence and share legitimate proofs. Let time decide who is right and who is wrong.