With the passage of time, the cricket craze that used to be once in Pakistan, seem to fade away. The current instability which the national cricket team posses might lead it to the insufficiency of means. It’s basic to see Pakistani heroes being completely neglected by the state authorities and ending into a condition of turmoil. Recently, similar news broke in where a first-class cricketer was seen picking passengers on his bike.

In this era of technological advancement, ride-hailing applications have put traveling at ease. While such companies have created jobs for many, some unfortunate have lost hope in the government. Evidently, the current state of Pakistan Cricket Team has no respect for the country’s cricketing talent. While the Pakistani cricket fans were sad about Mohammad Amir’s early retirement, seeing this talented first-class cricketer Mohammad Waqas from Karachi was bound to ride a bike taxi since Pakistan Tehreek e Insaf (PTI) came into power.

While taking a passenger to his destination, Mohammad Waqas tells his story!

Pakistan has always been lacking to honor its heroes and Waheed Murad’s ignored death can be taken as an example. Particularly, Mohammad Waqas has played more than sixty first-class fixtures for Pakistan. He was part of the last U-19 World Cup and has played in the Emerging Asia Cup as well. Since the PTI government took over and ended the departmental cricket, the cricketer has started riding a motorcycle for a ride-hailing site to make ends meet. 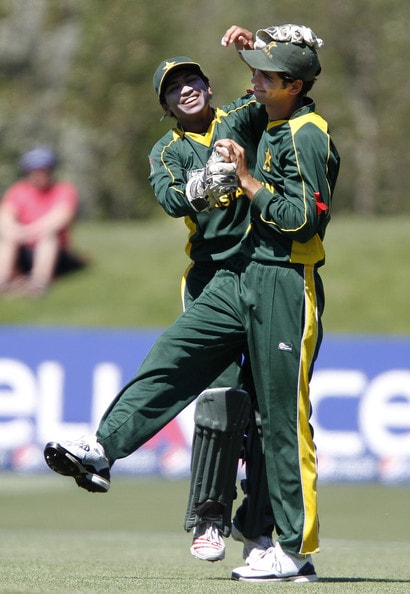 The end of departmental cricket in Pakistan!

Previously, when the departmental cricket was on board, Mohammad Waqas used to earn Rs.60,000 to Rs.70,000 monthly. Now, when the platform has been crashed, the cricketer takes home Rs.500 to Rs.700 daily. Such heart-wrenching statements from the cricket star have the nation in sorrow and disappointment on the incumbent government.

An alternative source of earning should have been provided!

Definitely, it isn’t, but it is a waste of talent!

While talking to a local news channel, Mohammad Waqas said, “How is it possible for us to earn when we can’t get our salaries?” Well, this isn’t the first time the cricketer has been recognized by a fan. Several times, passengers have recognized Mohammad Waqas and felt bad seeing his unstable finances. The cricket star has urged the current Pakistani government to provide alternative opportunities for the neglected cricketers.

Not only Waqas, but numerous other departmental cricketers are also doing odd jobs in different areas. According to the cricketer, another first-class player Fazal Subhan is currently driving a Suzuki Pick-up to earn money. The deteriorating financial aspects of the derailed cricketers, the Pakistan Cricket Board (PCB) and the government should help them out.

Maulana Fazlur Rehman’s ‘Army’ Has Everyone Trolling JUI-F!
Under Pressure Sarfaraz Decides To Resign From Captaincy
To Top