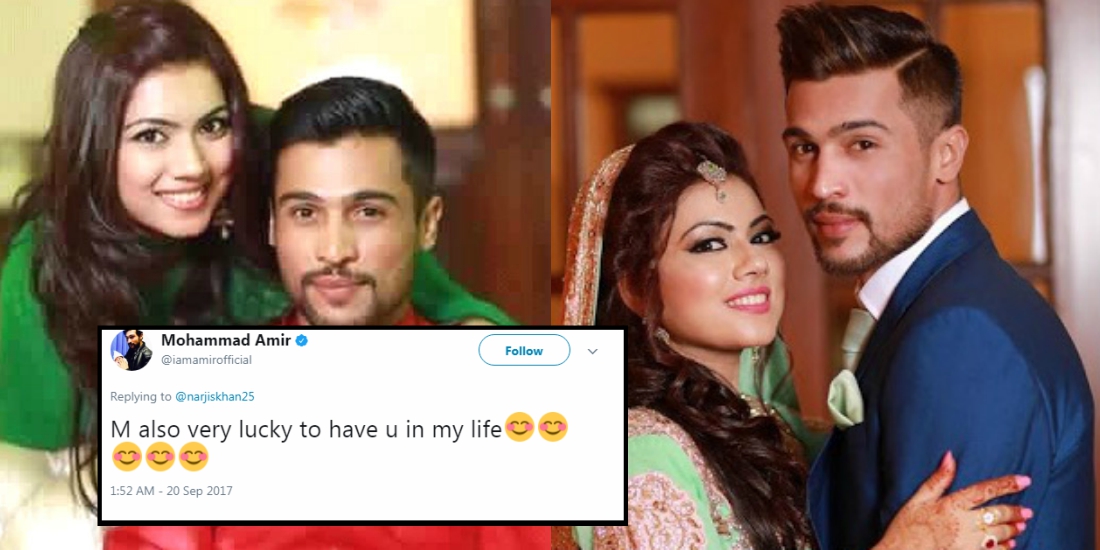 Talk about the best bowlers and Mohammad Amir comes to your mind. Isn’t it? He sure has proved himself of the things he is capable of by showing his exceptional skills in the ICC Championship Trophy 2017. He sure wowed us all and it is safe to say that he was the reason behind Pakistan’s epic win! Woohoo!

However, when it comes to his personal life, and as we all know, Mohammad Amir was recently blessed with a beautiful daughter and the bond he shares with his wife is just so cute. MashaAllah. How? Here’s what his wife tweeted just yesterday and it was way too cute!

6 yrs of knowing u 3 yrs of being ur wife n 1 yr of living together u hv been the best thing that has happened to me luv u @iamamirofficial pic.twitter.com/XTJTLk3yAv

Are you aww-ing? Well, it’s true that not everyone is expressive on social media but Amir’s wife proved that she is!

And of course, Amir had to reply to this beautiful tweet!

Remember how we mentioned keyboard warriors in our previous posts? Well, they were at it again! These tweets triggered them and they simply couldn’t help themselves! Here’s what the trolls had to say:

I hate it when twitter turns to be bedroom.

Where were u living for two previous years when you are married to this man for 3 years and only lived together for 1 year? ??

Alright, moving on. As the couple got hate, they were also showered with love, blessings, and prayers. Yes, there are nice people and well-wishers who still exist!

Oh, look who do we have here! A hardcore Dhoni fan!!

Love you amir!!!
My all time favorite left hand fast bowler!!!
Much love from ??

Be happy always …. lovely couple.. Allah Blessed you all?

Now, we really don’t understand the issue here. Why the hatred, people? They’re married, have a little baby, so what if they expressed a little love on social media? We know it’s hard for some people to be happy for others, but nevertheless, there are some who don’t let others down. We wish the couple lots of luck and success in life!