Mohamed Morsi’s Death Has The World Outraged And Concerned|Parhlo.com

Mohamed Morsi, the first president in Egypt to be elected democratically, died on Monday, 02:50 GMT after his collapse in the courtroom. He was buried on Tuesday, just a day after his death. Moreover, his family attended his funeral in Cairo’s Tora prison’s mosque. Relating to Mohamed Morsi’s death, an Egypt’s TV presenter said, “Morsi died today while attending a session in his trial on espionage charges. During the session, he was granted permission to address the judge,” and further added, “After the session was adjourned, the former president blacked out and then died. His body was taken to a hospital.”

Moreover, a prosecutor confirmed that his body had no new injuries that were visible.

According to a member of the defense team, Morsi was buried in the western district of Nasr City. It is also mentioned that Morsi’s son along with his family was not told his body’s location. And he wasn’t buried at his family’s cemetery in his hometown.

Met His Family Only Thrice In His Prison Life: 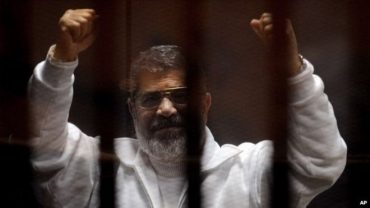 The Egyptian President Morsi, throughout his life in prison, barely met his family. They only saw him about three times in total, while he had been in prison since 2013. It is reported that the last time his family got to visit him was in September 2018.

Report from Al Jazzera suggested,”He wasn’t allowed to see his lawyers one-to-one and he wasn’t allowed family visits; his family repeatedly complained that aside from the solitary confinement he also wasn’t being given the medical treatment he should have,” and added, “Therefore, these are the facts that we know. Whatever the state decides to tell us afterward has to be taken in the context.”

Morsi’s Background – How It All Started: 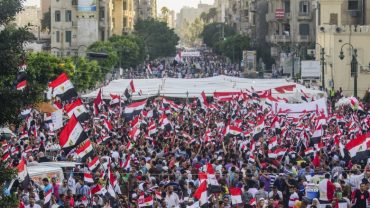 Morsi was a part of the The Muslim Brotherhood which was a party founded to integrate Islam within today’s politics. They kept their existence within the shadows to only emerge when the Arab Spring took full action.

Then in 2012, Morsi was pronounced like the first freely elected President of Egypt, just after the President Hosni Mubarak ended ruling of 30 years. This made history as such a case had never happened before.

However, he was arrested and removed from office in 2013. As there were several marches against his government and he declared such protests as a ‘coup’. He served about one year, while Abdul Fattah al-Sisi became the new President.  Morsi has spent a considerable amount of his life in jail as he had spent about six years in prison along with a conviction put onto him regarding the protests that happened in 2012.

It is still unknown whether these charges were justified or not but The Muslim Brotherhood and his companions believed he was set up.

There were multiple other charges against him; this includes insulting the judiciary, terrorism, and jailbreak. Also, he was supposedly involved in an incident in Qatar and was given a life sentence for it.

Morsi’s defense lawyer, Kamel Madour, spoke to The Associated Press saying that Morsi had been insisting that he is still Egypt’s President and persuading him to take action.

There have been many complaints and uneasiness regarding his confinement and condition in prison. According to a British parliament under the Independent Detention Review Panel, he was subjected to solitary confinement for a heaping 23 hours. The UN guidelines have officially classified such behavior as ‘Torture’

The panel’s chairman, Crispin Blunt, said, “Our conclusions are stark, the denial of basic medical treatment to which he is entitled could lead to his premature death” he further added, “The whole overseeing chain of command up to the current president would have responsibility for this.”

In addition, Morsi already had major health complications including dysfunction in the kidney and liver. Then the constant horrible treatment in prisons added extra fuel to his deteriorating health.

Other activists are also challenging the background of Morsi’s years in jail and coming to the conclusion that he was mistreated. There is a heated debate going on regarding this especially after his death.

Even though there has been outrage from pretty much every corner of the world regarding Mohamed Morsi’s death, but this is just a glimpse of the world’s reactions: 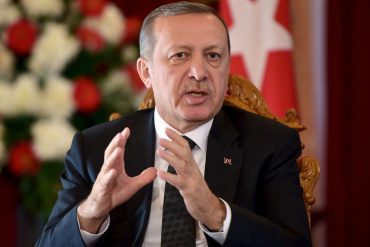 Even the Turkish President Recap Tayyip Erdogan mentioned that there is no way Morsi died a normal death. There were several cases of mistreatment within his years of serving in prison. He said, “Mohamed Morsi walked to join God during the trial. Whether this was a normal walk or were there some other conditions involved, this is something to think about,”

Within a speech in Istanbul, the Turkish President said, “History will never forget those tyrants who led to his death by putting him in jail and threatening him with execution”

Moreover, it seems like the Turkish leader was quite close to Morsi and considered his death a huge loss. “May Allah rest our Morsi brother, our martyr’s soul in peace,” said Erdogan to ensure that the Egyptian President remains at peace.

Also, Erdogan will be attending a funeral for Morsi in Istanbul in the Fatih mosque. The prayer will be initiated by Diyanet who is a Turkish religious authority.

Sarah Leah Whitson took to Twitter to call out the intensity and revulsion of the situation. She tweeted, “Egypt news says only democratically elected President Morsi has died in prison after stroke. This is terrible but ENTIRELY predictable, given govt failure to allow him adequate medical care, much fewer family visits. Human Rights Watch, was just finalizing a report on his health”

BREAKING – #Egypt news says only democratically elected Pres #Morsy has died in prison after stroke. This is terrible but ENTIRELY predictable, given govt failure to allow him adequate medical care, much less family visits. @hrw was just finalizing a report on his health.

It is for sure that his death might not be in vain because a lot of concerns will arise throughout Egypt. His supporters will garner the necessary motivation to prove his ‘innocence’ and the unlawful treatment throughout his confinement.

We are still unsure what this might have in store for Egypt. There will be an increase in conflicts as protests will arise, but that is a matter of time. Share your thoughts!

This Shameless Guy Called Sarfraz Ahmed A ‘PIG’ On His Face And It Is Absolutely Disgraceful!
Khursheed Shah Just Took A Shot At PM Imran Khan By Recalling His Promises And Pakistanis Are Feeling Bad!
To Top