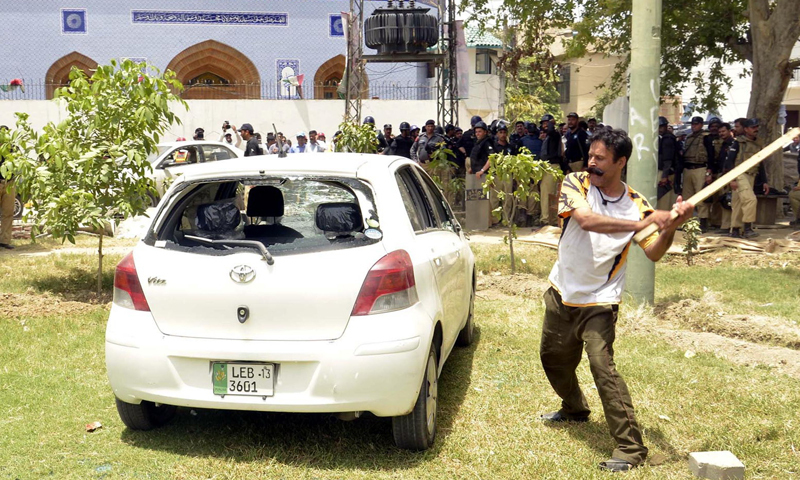 The petition was filed in Judicial Magistrate Imran Ishaq’s court.

The petition submitted by Advocate Wahid Hussain presented the stance that the case registered against Butt was a false one thus he should be released on bail.

The court summoned a record from the police on July 10.

Butt, also known as Sher-i-Lahore, came into the limelight after he was caught on cameras brazenly damaging several vehicles in the presence of police, during the clash between Pakistan Awami Tehreek workers and police in Lahore’s Model Town on June 17.