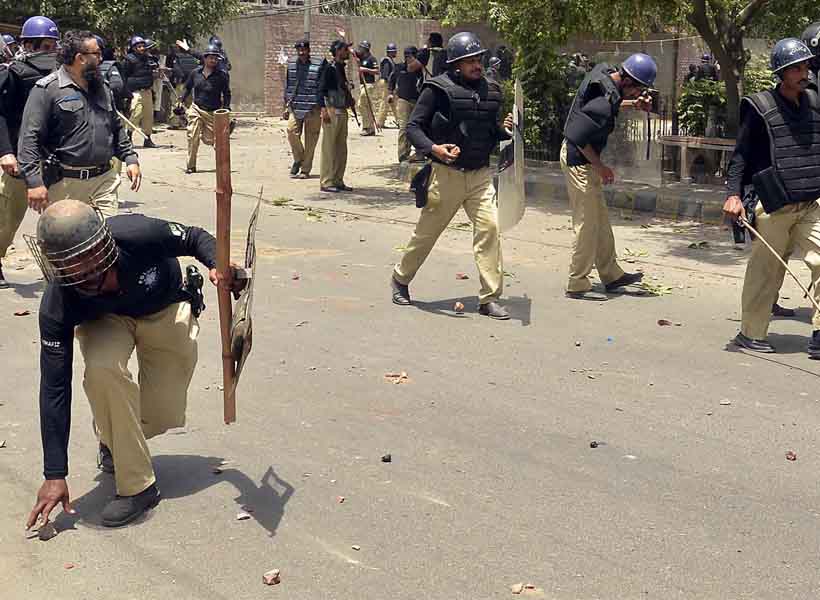 On June 17, at least 14 PAT workers were killed and dozens of others injured in violent clashes between party activists and policemen in Lahore. The confrontation had started when a 15-member police team tried to remove barriers in front of PAT chief Dr Tahirul Qadriâ€™s house and the Minhaj International Secretariat.

While recording his statement before the JIT, Elite Force in-charge Abdur Rauf claimed that Khan had ordered the security personnel to shoot at the protestersâ€™ legs in order to wound them. Rauf added that the security officials had expressed their reservations as they were afraid that wind could alter the trajectory of their bullets, which could cause serious injuries.

Rauf further said that when security personnel did not fire despite the SPâ€™s order, SHO Shaikh Amir Saleem â€“ who was at the scene â€“ complained to the SP, asking him to issue the order again. He said that upon receiving the order again, the personnel had fired around 200 rounds at the protesters.

Eight Elite Force personnel corroborated Raufâ€™s statement before the JIT which is expected to record statements of 34 more officers today.

On July 11, the JIT had detained nine policemen for their alleged role in the deaths of the PAT workers.

A senior police official working in the JIT had told The Express Tribune on the condition of anonymity that around 150 police officials who took part in the clashes with PAT workers had been interviewed by the JIT.

â€œEight Elite Force personnel and Sabzazar SHO inspector Sheikh Amir Saleem were not allowed to leave after recording their statements for further interrogation,â€ the official had said.