Women are important for our society – they are the core element that derives any country. The idea of women empowerment is extremely important as we fail to give our women the status they deserve. However, women who fight for women rights and play the “women card” to get their way done are those who are ruining the essence of women empowerment.

Women empowerment is a perfect thing, but don’t you think some women twist it for their own purpose? The “modern” definition of feminism has ruined the ideology behind women empowerment.

Many of the women empowerment groups that preach “girl power” are just putting down men and their value in the world while promoting female superiority. Are we encouraging male bashing in the name of women empowerment? If we talk about equal rights, isn’t a man who uses his hands to handle a woman as bad as a woman who uses her hands to do the same? 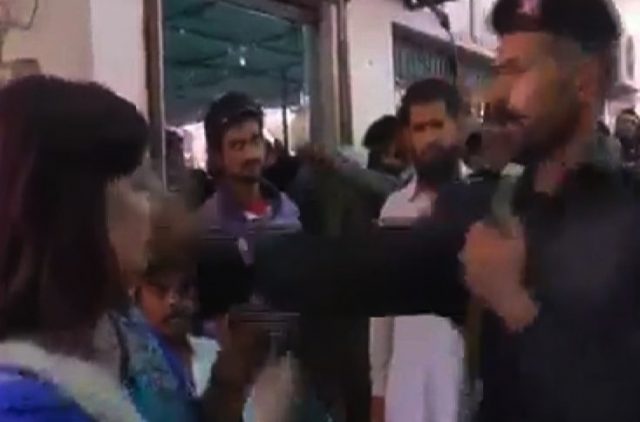 Recently, a video of an FC guard deployed in NADRA office Karachi slapping a female news reporter working for K-21 channel went viral. This incident has come in the spotlight and is trending on social media platforms. Many women rights activists have come defended the female reporter, condemning the police constable’s act and termed it as “an attack on the cause of women empowerment.”

In doing so, they have completely ignored the other side of the incident. The news reporter had certainly crossed her limits. The notion that “media is always is right” has led people to come to illogical conclusions. The news channel reporter was clearly seen assaulting the constable my holding him by his shirt and harassing him.

Assaulting a police constable or a guard on a duty is a serious crime with severe punishments in most of the countries, irrespective of the perpetrator’s gender. The news reporters had clearly used the ‘’woman card” to justify whatever she was doing. The guard had shown maximum restraint and tried his best not to confront the reporter.

I do not justify the guard’s retaliation with a slap, but let’s be reasonable, wasn’t the guard provoked to do so?  On this point one of my friend said “I am pretty sure that if you reverse the role, and it’s a male reporter publicly harassing a female worker and tugging her shirt to turn her around and that female worker slaps the reporter, most of the girls would be sharing this video and terming it as “standing up for her rights” and “women empowerment”.

After all, we are humans and the ability to get provoked is present in the very basic nature of humans, irrespective of the gender. A lot of people have argued that the news reporter had not been violent or used any threatening force on the guard and therefore, she had committed no crime. They are certainly mistaken here.

Unwanted touching is called the battery(according to legal definition). To constitute a tort and give rise to a cause of action, there must be some form of non-consensual contact that is either specifically or generally intentional. Obviously, something violent like connecting on a punch is going to constitute a battery, but the contact doesn’t have to cause serious physical injury in order to be a battery.

Being a strong advocate of women empowerment, I might be disappointing a lot of my readers when I show my support for the guard, but this not about the gender battle; this is about the misuse of ‘’woman card.”

INVALID USE OF WOMEN CARD IN PUBLIC 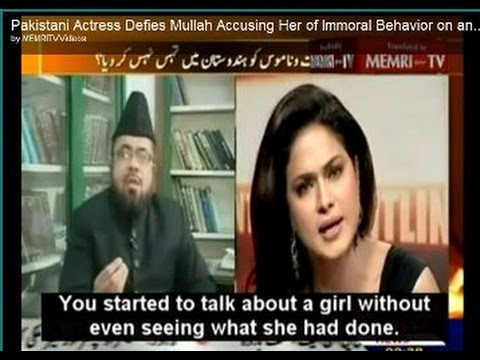 The above incident was just a starting point. I would also mention a few more such incidents where women have misused the woman card and humiliated men publicly.

Just a few days back, I was standing with a friend in a crowded market in Islamabad. A woman driving a car had hit another car from behind. There is universal traffic rule, when you hit someone’s car from behind, you are responsible for the event, but let’s not get into these details.

What happened next was shocking. The woman immediately came out of the car and started abusing the male driver of the car she had hit. The whole market could hear her abuse him and the young man was in total despair. I could see the man’s face boiling as the woman did not stop at all and went on humiliating him, knowing that he wouldn’t do anything.

I am sure the man was provoked to such an extent that we could have witnessed a violent reaction by him had not some of the people come up to him and tell him “Brother, I would advise you to sit in your car and leave, after all you are a man and she’s a woman. No matter what, eventually you’re going to blamed and shamed by the society for reacting”.

Even after the guy sat back in his car silently, the woman could not just stop abusing and it was obvious that she was trying her best to incite the young man to react so she could call the cops and defame the man. This incident was a shocker for me. The guy had to leave the market he visited daily with nothing but humiliation and embarrassment. He was punished for being a man, because had he reacted, he would have been labeled as a “man having no regard for women’’

A month ago, a female external Teaching Assistant at the LUMS University had slapped a male student. After discussing this incident with a few students from LUMS, I came to know that the same Teacher Assistant had assaulted several other male students on different occasions, playing the woman card very well. What would have been our reaction had the teaching assistant been a male and the student a female?

Using the “woman card” to abuse men is not what we should stand for. I fear that the misuse of the woman card might prove to be a big blow to the cause of women empowerment movement in our country.

After all, what is the purpose of women empowerment, equal rights for women or women superiority? I must say this with deep regret that now I am insecure in my society, what if turn out to be the next victim of bullying by a woman using the woman card, how am I going to react after being humiliated publicly and instigated at the hands of a woman?

That day might not be far when we will see “Men’s Rights Activism’’ and the last thing we want to see is a Gender Battle. I, therefore, urge all those people working for Women empowerment to reconsider their policies and approach towards women empowerment, re-define what women empowerment actually means, conduct awareness seminars to stop the misuse of the woman card.

Disclaimer: The opinions expressed in this article are of writer’s and do not necessarily represent the views of Parhlo.

Waseem Hassan aka “The Axcuse Me Guy” Rejects “His Story” Through A Video Post!
If You Are A Game of Thrones Fan, Here Are The 4 Things You Need To Know About Season 7
To Top